How Many Years Did Queen Victoria Reign?

Queen Victoria was an influential monarch of Great Britain who reigned for 63 years. Learn more about Queen Victoria's reign, including her accomplishments and life. 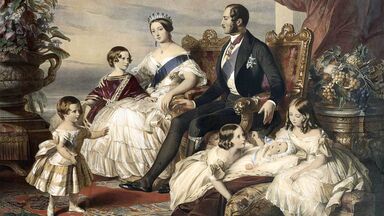 Not only did Queen Victoria rule for many years, but she also ruled for many successful years. Before she came to the throne, the situation of the government was not entirely stable, but she helped to restore some consistency. She did not merely sit back and let everyone else do the work, she took her role as queen seriously and not only as a figurehead to make appearances.

Victoria took on a strong position in the affairs of her land.

Have you ever heard of the Victorian Era? Guess who that was named for? You're right! None other than the famed Queen Victoria.

Of course, her entire existence did not revolve around politics, and Victoria is an interesting figure to study as simply a human being.

When it came to succession, Queen Victoria was fifth in line to the throne. That’s pretty far down the line! However, her father, Edward, Duke of Kent, died shortly after she was born. As his only child, she became an heir to the throne. Since her uncles didn’t have any legitimate heirs, Victoria became queen upon William IV’s death in 1837. She became queen at the age of 18 years old.

When she was 21 years old, she married her cousin Prince Albert of Saxe-Coburg-Gotha. This area is now part of Germany. The Queen herself was of German descent.

Within the next 21 years, before she was 42 years of age, the couple had nine children.

Unfortunately, Prince Albert passed away in 1861 at the young age of 42. Understandably, Queen Victoria mourned for quite a long time and secluded herself for many years. She was in serious mourning and wore black as a symbol for the rest of her life. Perhaps people thought this made her surly and stern; however, doing so showed how much she was dedicated to the love for her husband.

Despite the fact that she remained secluded for a long time, she appeared frequently in public later in her life, which is when photography was first coming out, contributing to the extreme development of her popularity. Queen Victoria lived to the age of 81 before dying in Osborn House in January of 1901 after weeks of ill health.

The Legacy of Queen Victoria