Why Was Saint Anne Chosen to Be a Saint? 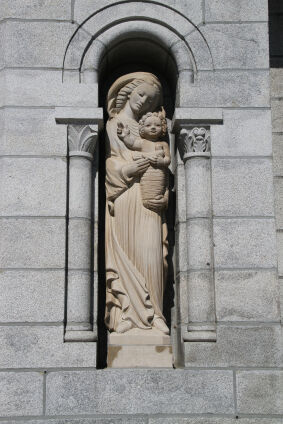 Who Was Saint Anne

Saint Anne was the grandmother of Jesus Christ. She was born from the House of David, the line which was prophesied to give birth to Christ. In Hebrew, her name was quite possibly Hannah, as Anne is the Greek derivative of the name Hannah.

Saint Anne is the mother of Mary, the woman who gave birth to Jesus by Virgin Birth. The Angel Gabriel came to Mary and told her that she would give birth to the Son of God.

Saint Anne As a Mother

In the Gospel of James, which is part of the Apocrypha, you will find the story of Saint Anne. She and her husband Joachim were unable to conceive a child, even though they tried to do so and really wanted a baby. However, one day an angel came to them and told them that they would have a child. Since she was so overjoyed, Saint Anne promised that she would dedicate this baby's life to the service of God. Their daughter Mary was born.

Saint Anne read the scriptures to Mary when she was a very small child.

Although she had wanted a child so badly, Saint Anne knew that she had to honor her promise to the Lord. Saint Anne and Joachim would not be able to raise the child since Mary needed to be raised in order to become the mother of Jesus Christ.

Although in recent years, as compared to the history of the Church, a more formal process has come about for becoming a saint, Saint Anne is still considered a Saint because of her role as the mother of Mary, grandmother of Jesus Christ, and as a devout and pious servant to the Lord God.

You might say that she did not perform any miracles in her lifetime, which is technically a requirement for a Saint. However, that all depends upon how you define the word miracle. One could look at her life and the way that she brought up her daughter, and how she promised to give her daughter to the works of God, and say that she truly acted in a miraculous way.