Why Is Che Guevara Famous?

Che Guevara was a very well known figure of the Cuban Revolution. He worked with Fidel Castro and traveled the world in an effort to cause revolutions. He is a symbol of radical revolution for those who are underrepresented because of capitalistic society. 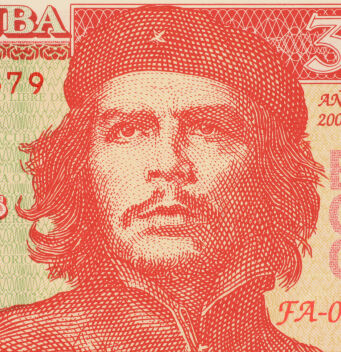 Although Che Guevara is very well known for being a remarkable military leader, his influence goes beyond his military accomplishments.

Guevara took the title of revolutionary leader to different levels. He was responsible for increasing land reform throughout many regions. Land reform allowed more people to have the ability to use the surrounding to grow crops. This, in turn, decreased the number of people that were monopolizing the land for their own benefit.

Guevara also was a major force in improving literacy in Cuba. At the start of his literacy campaign, the literacy rate in Cuba was between 60 and 75%. He determined that the lack of educational facilities was the main reason for the depressed literacy rate. In order to increase literacy, Guevara asked the Cuban governments to build schools and focus on teaching the peasant class how to read and write. This extensive literacy program worked wonders and resulted in a jump in Cuba’s literacy rate to 96%.

Che Guevara became such an influential figure that he traveled to NYC to speak at the United Nations. The United States was not very pleased with the revolutionary ideals and actions of Che Guevara. In some ways the United States felt that he was inciting drama and discord across the world. However, there are many individuals which support revolutionary changes which and taking radical action to achieve such changes who admire Che Guevara.

Rise of the Revolutionary

It is said that Guevara always had a special sympathy for the poor and downtrodden in society. This sympathy would be further developed as he grew older and had the opportunity to travel the world. While studying and eventually practicing medicine in throughout Latin America, Guevara was deeply moved by the extreme poverty which he felt was incredibly unjust.

Although he earned his medical degree, the experiences in Latin America ultimately made him decide that he should devote his life to helping the poor and unfortunate in society rather than to practicing medicine.

An experience in Guatemala, where Guevara wanted to help initiate a major land reform that was stopped by the United States, confirmed that for him that the U.S. was a capitalist figure that was set on keeping fair reforms from occurring. This fueled his belief that armed struggle was the only way in which to effectively promote revolutionary change.

Meeting Castro and the Cuban Revolution

When Che Guevara moved to Mexico he met Raul and Fidel Castro through a mutual acquaintance. Upon speaking to Fidel Castro about overthrowing the current dictator of Cuba, Fulgencio Batista, Guevara was intent on assisting Fidel Castro to tame the American influenced forces throughout the world.

Originally Guevara was only supposed to be a medic under Castro’s 26J Movement. However, he quickly decided to transition from a medical professional to an armed combatant.

While working with the 26J Movement, Guevara became the best guerrilla and was lauded for his military tactics and abilities. He assisted with the Cuban Revolution and was instrumental in training people to resist the intrusion of the United States in the Bay of Pigs invasion.

Guevara was known to be very ruthless in when dealing with traitors, spies and enemies while being considered very heroic to those that fought with him. In some instances, it is even said that Guevara’s enemies had respect for his dedication to his cause and his willingness to take certain risks.