Why Did Saint Martin De Porres Become a Saint?

Saint Martin De Porres become a saint for several reasons including that he was extremely compassionate toward the human and animal sick and suffering. 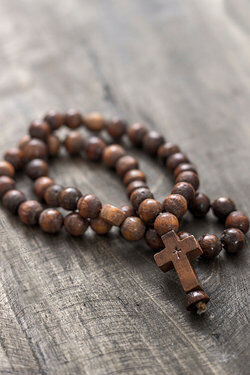 Lay Brother with the Dominican Convent

Martin De Porres was born in Lima, Peru in 1579 to a Spanish father and a black freed-woman from Panama; therefore, he was of a mixed racial identity. The Dominican Convent of the Rosary in Lima had racial restrictions, and at first, he was not permitted to become a full friar. However, at the age of 15, he joined as a servant.

He spent his life at the Dominican Friary providing a variety of services including as a barber, an almoner and a farm laborer. Because he was such a wonderful man who was able to cure so many of the sick, the racial limitations ceased to exist. He finally was made a full Dominican lay brother. He continued to help serve people through his Dominican community.

His Compassion and Contribution to Society

Throughout his life, he was extremely compassionate toward the human and animal sick and the suffering. One particularly striking case is when he stumbled upon a sickly beggar covered in ulcers. He allowed him to stay in his bed, instead of casting him out like a disease. He was approached by another brother and told not to do this, to which he replied,

"Compassion, my dear Brother, is preferable to cleanliness. Reflect that with a little soap I can easily clean my bed covers, but even with a torrent of tears I would never wash from my soul the stain that my harshness toward the unfortunate would create."

You could probably not find too many people who would act in such a compassionate way towards such a person.

Furthermore, he would constantly collect money for the poor people of the community, and he was successful. He would go out on to the streets and ask for money, but also pray that God would help his cause. He is a perfect example of how if you ask God for something, God will bring you to it as long as you exercise some sort of force in achieving it.

Martin De Porres wanted to go on a foreign mission for the church which would position him as a martyr. However, the church would not allow it. Instead, he made a martyr of himself by punishing himself on a daily basis. He would whip himself three times every time. He did this for repentance of his sins and for those pagans and sinners who had not converted. He hoped that by doing this to himself, he could help to save their souls.

He was emulating Jesus Christ. Martin De Porres chose this form of punishment as a way of expressing how deeply he felt about his faith.

Becoming canonized can be an extremely long process. Martin De Porres died on November 3, 1639, but he was not beatified until 1837 by Pope Gregory XVI and was not canonized by Pope John XXIII until 1962.

He is the patron saint of barbers. His feast day is celebrated on November 3, in remembrance of the wonderful works that he did for those who were in desperate need of help.