Why Did Nemirovsky Write a Biography of Chekhov?

To fully understand why Nemirovsky wrote a biography of Chekov, it is also important to understand each thinker’s life and how they were similar. 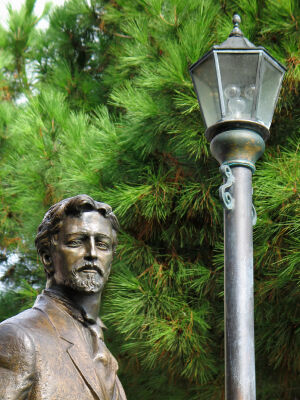 Irene Nemirovsky, daughter of a banker from Kiev, fled the Russian Empire at the start of the Russian Revolution in 1917 and settled in Paris with her family as a young girl.

While writing in French, she looked up to the way that Chekhov wrote, thought and acted. Nemirovksy's international education and linguistic skills helped her to realize that the life of her role model needed to be forever documented.

Much of Nemirovsky's writing was produced during a critical time to think about the meaning of life within the context of the anti-Semitism that was growing within Europe. France and Russia were not immune to the growing resentment of Jewish people within the greater European community, and the truth was, Nemirovsky was a strong women with good values that broke the false stereotypes held by many individuals of her time.

Nemirovsky’s biography of Chekhov is known for being thorough and extensive, but not many people know that it was a piece that was published after her 1942 death in Auschwitz.

The biography itself, published posthumously in 1946, was called La vie de Tchekhov in French. The biography reveals her own style and technique; however, we can also see how much she appreciated French realism, and Chekhov’s style.

Chekhov was a great thinker who focused on the technique of narrating stories, and not necessarily involving himself too much in his writing, and yet his observations of humans and their lifestyles (as revealed through his writing) was quite perfect.

Learn More About Nemirovsky and Her Writing

Nemirovsky’s life came to a tragic end, but her biography about Chekhov will be remembered forever.

For more information about Nemirovsky and Chekov, you should speak to a historian or librarian who can direct you to published research about Russian Jewish émigrés and their life during the time surrounding World War II.