Why Did Martha Stewart Go to Jail?

Martha Stewart has been such a part of well-appointed homes and kitchens for decades, that it seems out of character for her to do something that would cause her to be arrested and jailed. However, in December 2001 she became involved in an "insider trading" scandal that led to Martha Stewart being sentenced to five months in prison. Interestingly, she was not jailed for the insider trading itself. So why did Martha Stewart go to jail? 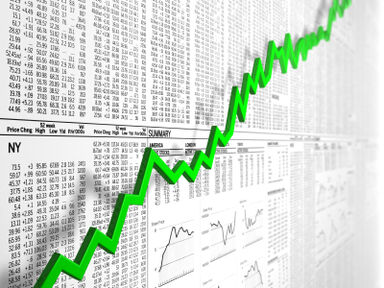 Insider trading is where an individual buys or sells stocks they have in a company using information that is not available to the public. Insider trading is illegal and a serious offense resulting in fines or jail time.

Toward the end of 2001, things began to look bad for a biopharmaceutical company called ImClone, which manufactures drugs in the United States, mostly for cancer patients. At the time ImClone was testing an experimental drug called Erbitux, which was to be used in infusions for patients with certain types of cancer.

The drug was submitted to the Food and Drug Administration for approval, which it failed to get. When this happens to a medical company, often the company’s stocks take a dive because the market's expectations for the drug to make money have been dashed.

One of the founders of the company, Dr. Samuel Waksal, was arrested for advising friends and family members to sell the stock before the FDA made the announcement and the stock dropped in price.

During the investigations of ImClone, it was discovered that Martha Stewart had sold 4,000 shares of the ImClone stock she owned the day before the FDA decision was announced — avoiding a loss of around $45,000 in the process. The suspicious timing and the fact that she received the information about the stock through her stockbroker, Peter Bacanovic, led to an investigation of Stewart's dealings with ImClone.

Martha Stewart repeatedly denied any wrongdoing, claiming that she had an agreement with her broker to sell the shares if they went below a certain price. However, Bacanovic's assistant asserted he was told to tip her off. Stewart was charged with securities fraud, obstruction of justice, and conspiracy. She was indicted in June 2003, and the case went to trial in January 2004.

Martha Stewart was not convicted for criminal insider trading charges, although she later had to pay $195,000 to settle a civil case with the Securities and Exchange Commission. In her criminal case, she was found guilty of conspiracy, obstruction of justice and lying to federal investigators in March 2004. The securities fraud charge (related to boosting the stock of her own company) was dismissed.

The conviction resulted in a five-month prison sentence, followed by five months of house arrest and two years of probation. Stewart maintained she was innocent but was confined to the minimum security Alderson Federal Prison Camp, West Virginia in October 2004.

Although it was difficult, Martha Stewart seemed to take the short prison sentence in her stride. She took a role at the prison as an informal liaison, trying to maintain good relations between the inmates and the authorities at the prison.

Her five-month sentence ended in March of 2005. Stewart quickly snapped back into action, hosting television shows and writing two new books upon her release. After a brief dip in stock prices, Martha Stewart Living Omnimedia did not suffer from her incarceration and was in fact invigorated when she finally returned.

Today, Martha Stewart remains an extremely successful entrepreneur and businesswoman. She has partnerships with many stores, such as Wal-Mart and Macy's, a home-building venture, and the continued success of her television shows and her book sales have kept her a staple of American culture.