Why Did Darwin Wait So Long to Publish His Theory?

In 1859, Charles Darwin published a book titled On the Origin or Species. In it, he presented a theory of evolution based on natural selection. That is, organisms - including plants, animals, and humans - that better adapt to their environment will survive longer and produce more offspring. Basically, the human form as we know it today has not always looked the same. We’ve evolved to adapt to our surroundings.

It’s been widely reported Darwin knew that, once he announced his findings, he would become the center of a religious and scientific debate. Those who believe in God would never accept the fact that humans evolved from an entity resembling a monkey. For over a century, people believed that’s the reason Darwin waited 23 years to present his research. So, why did Darwin wait so long to publish his findings? Let’s have a look. 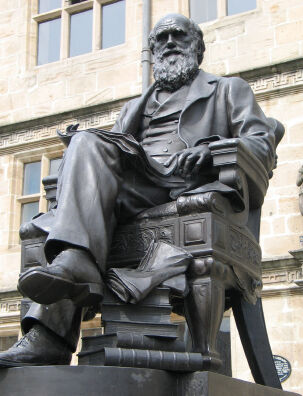 Although Darwin officially published his theory of evolution in 1859, he actually started his research in the 1830s. That extensive lag in time is often referred to as “Darwin’s delay.” For a long time, researchers asserted this was due to fear over the public’s reaction.

At the time, most scientists believed all species were fixed. That is, an animal that exists today is exactly as it was hundreds, thousands or even millions of years ago. It has remained unchanged. Also, members of the religious community would’ve considered this notion to be blasphemous and heretical.

Declaring that species evolved from one another stands in stark contrast to the creation story in the Bible. The Book of Genesis states that God created the world in six days. Meanwhile, evolution states that the world and all its creatures progressed and changed over the course of millions of years.

When Darwin presented his theory, asserting that God didn’t create the world (as it is today) in six days, this was a huge issue. That said, even Darwin's deeply religious wife noticed he made many valid points.

Perhaps It Was a Timing Issue?

In 2007, Cambridge University academic Dr. John van Wyhe published a study that clearly refutes the idea that Darwin was afraid to present his hypothesis. Van Wyhe states the delay is a myth and Darwin was “simply busy writing more than 10 books, and sporadically hindered by ill health.” He goes on to say:

Darwin was aware that his theories would be despised but that does not mean he was afraid of saying what he believed. His project was highly ambitious and of immense scope and he needed time to garner the necessary evidence. But he was also working on other projects – his Beagle related works, then his work on barnacles – and these pushed back the date until he could start work on his species theory.

Van Wyhe poured through Darwin’s notes, diaries, and letters and found no evidence that he was scared to present his theory; he was well aware he’d be scorned. Rather, it was such a massive undertaking that it took nearly three decades to put forth. After all, it’s still a widely accepted notion in the scientific world today.

Are We All Just Surviving?

According to Live Science, Darwin’s theory is often described as “survival of the fittest,” but that can be a little misleading or misinterpreted. “Fitness refers not to an organism’s strength or athletic ability, but rather the ability to survive and reproduce.”

So, what do you believe? Were we crafted from the hands of a loving Father? Or, have we been evolving as the Earth’s ecosystems continue to evolve? Perhaps you’ll put forth your own theory on evolution someday. When the time comes, be sure to study How to Create a Hypothesis. It’ll help you present findings in a sound and logical way. Then, explore some Charles Darwin quotes to get motivated.