Charles Messier, a French astronomer, made a list of comets in the 1700s, known as “Messier Objects.” As an astronomer, Messier created this list as a catalog in order to help himself and other astronomers distinguish between permanent and non-permanent, or periodic and non-periodic, celestial objects. 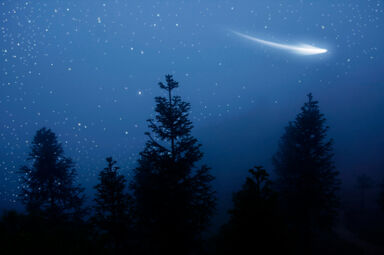 Messier developed the first list of comets in the 1700s. Using the telescopes available to him during that time period, Messier located many celestial objects, such as nebulae, galaxies, and star clusters that amateur astronomers study today because they are relatively close to Earth.

His category system is still in use with this group as well, even though a new way of categorizing comets and other celestial objects exists today.

His first official discovery occurred in 1758 when he located a cloudy nebula in the Taurus constellation. This was later known as the Crab nebula but was M1 for Messier’s catalog of objects. Another of his accurate discoveries was the reappearance of Halley's comet. However, Edmund Halley did not allow him to reveal this finding.

Messier was the tenth of twelve children, received his training as an astronomy apprentice in the French Navy due to his limited means for other types of education. He learned this trade well and became an excellent celestial observer.

Messier was not a mathematician and depended on others to help him calculate the orbits of the celestial objects that he spotted. Despite not being able to do all of the work himself, he created this important catalog of objects - Messier Objects - one of the first of its kind.