Who Is the Wrestler Luis Martinez?

Luis Martinez, also known as Luis “Ariba” Martinez, was once a professional wrestler. His real name and date of birth are not known. Martinez’s hometown is listed as Mexico City in the country of Mexico. His marital status is unknown and it is not completely clear who he was trained by or when he debuted to the professional wresting circuit. 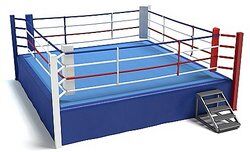 Who Was Luis Martinez

There is not an extensive amount of information on the personal life of Luis Martinez since he was a public figure primarily because of his work in the wrestling ring. However, there is some information about his career and professional life as a wrestler:

Throughout his wrestling career, Luis Martinez has had many notable feuds with many different wrestlers. The names of some of the wrestlers that he was reported to have had feuds with include:

Despite his many feuds with the well-known professional wrestlers of his time, there is no record of Luis Martinez ever having won a title belt or any other recognition in the wresting ring.

Today Luis Martinez is staying at a nursing home in Chicago, Illinois where it is reported that he is confined to a wheelchair and will be for the remainder of his life. Luis Martinez is also reported to have completely lost all memory, including his memories of being a professional wrestler. Reports indicate that he is generally incoherent and that sometimes he fails to even remember who he is or who any members of his family are.

However, on a recent visit from an old friend whom he met while in the wrestling business, reports suggest he did manage to indicate some fleeting memories may exist regarding his long time rivals and friends. This was indicated by reactions when certain names were mentioned or when friends were mentioned. Friends say that it is a pity Luis cannot remember his days as a professional wrestler, because he was one of the best during his time.

So, while we don't know much about Luis Martinez and we likely will not learn more about his life, we do know that he had many run-ins and interactions with other professional wrestlers during his day.