Who Is Tonya Harding?

Although she no longer competes, Tonya Harding was an American figure skater. She was successful, and even won the United States Figure Skating Championship in 1991. She was selected for the 1994 Olympic team; but, she stopped competing as a figure skater after 1994. 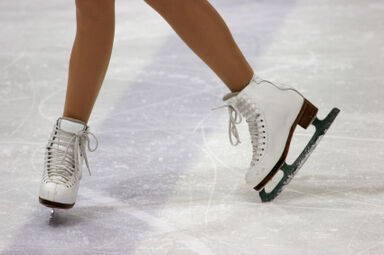 Tonya Harding was born in Portland, Oregon on November 12, 1970. Her parents were LaVona Harding and Al Harding. She had a half brother, Chris Davison, but he is now deceased.

Harding began to focus even more on ice skating, and she dropped out of high school during her sophomore year to compete in international skating competitions. However, she later earned her GED.

When she was nineteen, she married Jeff Gollooly. This marriage did not last long, and she divorced him only three years after.

Harding was an extremely talented skater, and she began to place at significant competitions at a young age. In 1986, she placed sixth at the United States Figure Skating Championships. In 1987 and 1988, she placed fifth. Then, in 1989, she placed third. She won Skate America in 1989.

In 1991, Harding landed her first triple axel at the U.S. Championships. This won her the competition, and she also received the highest score ever given to a female based on technical merit. This score was a 6.0. She competed in the World Championships, and was the first woman to ever land a triple axel.

She competed at Skate America where she was:

After competing at Skate America, her career began to decline.

Starting in 1992, Harding suffered a series of mishaps. She twisted her ankle in practice, and thus only placed third at the United States Championships. In the 1992 Winter Olympics, she finished fourth. In 1993, she skated poorly and was not able to qualify for the World Championship.

Additionally, Harding seemed to suffer from a number of bizarre complications and bad luck.

In addition to this series of bad luck, Harding became notorious in 1994 when she aided in an attack on her competitor, Nancy Kerrigan when Kerrigan was practicing for the U.S. Figure Skating Championships which were to take place in Detroit.

Harding’s ex-husband and Harding’s bodyguard hired Shane Stant to break Kerrigan’s leg so she would not be able to compete. Although Stant attacked Kerrigan, he only bruised the leg rather then broke it. Kerrigan did have to withdraw from the event, however, and Harding subsequently won.

Both women were selected for the 1994 Olympic team. However, Harding was forced to admit that she assisted in the cover up of the attack. She couldn’t be removed from the team, but she finished eighth.

Although Harding pleaded guilty to aiding in the cover-up, she maintains her innocence in the crime to this day. She essentially stopped competing in figure skating after 1994.