Who Is the Richest Person in the World?

People may think that Bill Gates is the richest person in the world, but they would be wrong. Although he has held the top spot in the past, the founder of Microsoft fell to the number two spot in the 2010 statistics published by Forbes Magazine on the richest people in the world. That year, he was toppled by self-made Mexican billionaire Carlos Slim Helu. More recently, in 2018, the top spot was taken by Amazon founder and CEO Jeff Bezos, the first on the list to break the $100 billion mark. 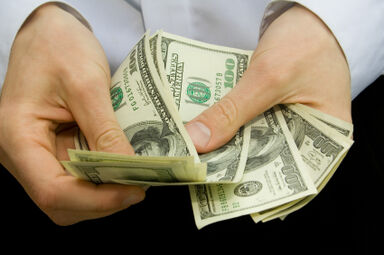 Jeffrey Preston Bezos -- born Jeffrey Preston Jorgensen in New Mexico in 1964 and better known simply as Jeff Bezos -- founded Amazon in 1994 at the age of 30. The story of Amazon's origin is a famous one, as Bezos started the company out of his garage in Seattle. The e-commerce giant continues to be his biggest source of income and wealth. He owns a 16% stake in the company and acts as the Amazon CEO.

Bezos also founded Blue Origin, an aerospace company with ambitions to provide private human space travel, in 2000, and he purchased The Washington Post in 2013. His venture capital fund, Bezos Expeditions, is involved in a number of investments as well.

When Jeff Bezos took the title as the richest person in the world, according to Forbes in 2018, he had an estimated net worth of approximately $112 billion. That was the first time in the history of the Forbes billionaires list where someone had a net worth of $100 billion or more. That number grew to $131 billion for the 2019 list.

Among the products and services offered by Amazon are:

In addition to what is sold by Amazon itself, the company also operates a number of subsidiaries, including:

These have all contributed to Jeff Bezos and his growing wealth. His reign as the richest person in the world may be at risk, however, due to his pending divorce with wife MacKenzie Bezos. She will likely receive tens of billions of dollars' worth of Amazon stock. Bill Gates, currently the second richest person in the world, has an estimated net worth of $96.5 billion. He currently chairs the Bill & Melinda Gates Foundation with his wife, and he is still a Microsoft board member.

Beyond Jeff Bezos and Bill Gates, many other of the richest people in the world are also worth mentioning:

The Richest People in the World

While the list of the wealthiest people in the world has largely been dominated by the United States of America, a number of billionaires from Asia -- particularly China -- are quickly climbing the ranks. Tencent Holdings chairman Ma Huateng, Alibaba Group co-founder Jack Ma, and Evergrande Group chairman Hui Ka Yan are all in the top 25. How much longer can Jeff Bezos hold onto the top spot as the richest person in the world?