Who Is John Hume?

John Hume of Northern Ireland was an important politician in Europe, and was extremely influential in establishing peace in Northern Island. Not only did he change politics in his home country, but he also helped bring peace throughout the land. 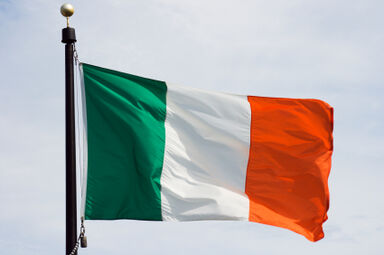 He obtained a master’s degree from the college, and returned back home. He intended to become a teacher; however, when he came home he became more interested in politics. He was a member of the Irish Credit Union movement in his city.

He was also a prominent figure in the civil rights movement of the 1960s. He was an important figure in the fight to have Northern Ireland’s second university established in Derry. This, however, was unsuccessful.

However, Hume now had a taste for politics. After the unsuccessful campaign to get the university established in Derry, Hume became an important figure in the Derry Citizen’s Action Committee.

The Derry Citizen’s Action Committee (also known as the DCAC) was established after the famous march through Derry. The march brought attention that there were injustices occurring in Derry that had been ignored by the Northern Ireland government.

Hume’s involvement in politics expanded, and he became the youngest president of the Irish League of Credit Unions. He specifically served as the President from 1964 to 1968.

In 1977, Hume fought against a regulation under the Civil Authorities Act that allowed the military to separate any groups of three or more people. In 1979, he became the leader of the Social Democratic and Labour Party.

He was one of the founding members of this party, and succeeded Gerry Fitt to become the leader. In 1983, he was elected to the Westminster Parliament. Hume also played a fundamental role in the events that lead up to the Anglo-Irish agreement of 1985. He was involved in secret talks between the British government and Sinn Fein.

Hume is respected for the work that he did in Northern Ireland, and for his attempts to bring peace throughout the country. He won the Nobel Peace Prize in 1998 with David Trimble who, at the time, was the leader of the Ulster Unionist Party.

He visited Seton Hall University in 2005 to speak about global poverty and the Credit Union movement, and also spoke at the first Summer University of Democracy of the Council of Europe. He continues to be honored in Europe, and a recent building at that National University of Ireland was named after him.