Who Is Henry Kissinger?

Depending on who is asked, Henry Alfred Kissinger is either revered as a brilliant U.S. statesman and diplomat or assailed as a criminal of war who manipulated, facilitated and/or had oversight of untold violations of human and civil rights against innocent people in foreign lands via misguided foreign policy, unjustified government intervention and the exercise of irresponsible power. 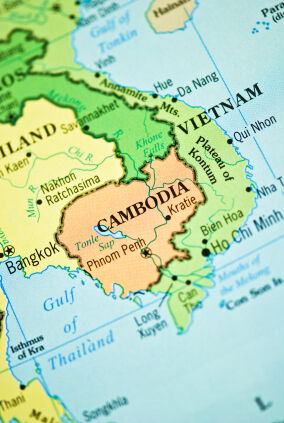 Having served under President Richard M. Nixon (first as National Security Adviser and then as the 56th Secretary of State) and Gerald R. Ford (continuing as Secretary of State), historians who view Kissinger favorably credit him with:

He was also either credited with, or despised for, many other diplomatic and foreign policy pursuits and interventions, purportedly in the name of advancing or maintaining the United States’ international relations and foreign policy development.

It was perhaps Kissinger’s handling of wars in Vietnam and southeast Asia that garnered him substantial amounts of criticism and commendation. As the unpopularity of an unjust Vietnam war had compelled President Lyndon Johnson to relinquish his bid for a second term, Kissinger and the succeeding Nixon administration plotted a course to seek “peace with honor” in withdrawing U.S. forces and putting an end to the Vietnam war.

Kissinger was credited with achieving this mission by operating from a position of strength, not only in terms of U.S. policy and involvement toward Vietnam, but also in an attempt to use the strength of the U.S. military to force the hands of America’s opponents to agree to terminate the war.

Consequently, in his quest to keep South Vietnam, Cambodia and Laos from falling under the control of Communist factions, Kissinger launched a secret war against neutral Cambodia, in which mass destruction of civilian populations (estimated at 600,000) occurred as a result of widespread bombing of the southeast Asian nation.

He justified the massacre on the grounds that Cambodia was being used as a sanctuary and transportation route by the North Vietnamese, and it was Kissinger’s rationale that these deaths were merely collateral damage in a U.S. show of might to force a settlement with North Vietnam.

The Cambodian bombing campaign, which was ultimately halted by an act of Congress, was seen as a grave callousness and disregard of human life but also added to the chaos surrounding the Cambodian Civil War. Eventually Cambodia fell to the dictatorship of Pol Pot whose forces systematically murdered millions of innocent citizens.

Critics declare that Kissinger’s actions went far beyond the bounds of justifiable combat and caused great “injury” to the United States Constitution. His allies and admirers point to his success in establishing a ceasefire for which he was awarded the Nobel Peace Prize in 1973, shared with Le Duc Tho, a North Vietnamese peace negotiator.

Tho rejected the award; it was his view that peace had not been restored in South Vietnam. In fact, the conflict continued and, in 1975, North Vietnam declared a victory after an invasion of the South.

Some describe Henry Kissinger as possessing a worldview that is decidedly “European” because he was born and spent his formative years in Germany.

Therefore, it has been said that his interactions in the conduct of foreign affairs were colored by a setting of bi-polarization where he thought it necessary to maintain an equilibrium (or balance of power) between two world powers – the United States and the Soviet Union.

It was under this stance that Kissinger was successful in facilitating a groundbreaking 1972 summit between President Nixon and the Community Party of China Chairman Mao Zedong. This diplomatic breakthrough ended 23 years of diplomatic isolation and mutual hostility between the U.S. and China.

Kissinger - a skillful manipulator - used to his advantage the open hostility that the Soviet Union and China were engaged in at that time, opening the door for U.S. relations with China, and consequently establishing himself as a dominant force on the world stage of foreign relations.

Kissinger’s role in the 1973 U.S. intervention of Chile was highly criticized. It was a bloody overthrow of what some observers would deem a democratic Chilean government - in a failed attempt to keep the Chilean socialist presidential candidate Salvador Allende from coming to power.

Under the direction of the CIA, an American journalist disappeared, was subsequently tortured and killed and five French nationalists also disappeared under Kissinger’s watch. Kissinger has been implicated by some in the assassination of Allende’s top General, Rene Schneider, and hundreds of others who supported Allende were taken away to be tortured, beaten or killed.

Human Rights groups and journalists worldwide have assailed the alleged actions of Kissinger in Chile as criminal, and on September 11, 2001, Chilean human rights lawyers filed a civil case against him and several others for this suspected role in the government overthrow. The United States government balked at the possibility that Kissinger, a “distinguished servant” of the U.S. should be “harassed” by foreign courts in this way.

While Kissinger was lauded for his skillful negotiation of the Strategic Arms Limitation Talks (culminating in the SALT I treaty) and the Anti-Ballistic Missile Treaty (the landmark agreement to limit nuclear proliferation signed by the U.S. and the Soviet Union), criticism was yet Kissinger’s constant companion. Some claim that these treaties weakened the U.S. position of strength against the Soviet super power.

By all accounts, Kissinger is seen as a powerful international potentate who is highly recognized and accredited as wielding monumental influence and accomplishing historic successes in the arena of U.S. foreign relations and policies during the Nixon and Ford administrations.

But equally as prominent is his reputation as an arrogant opportunist who, by his actions, seems to possess an indifference to human life and human rights, and who has often made critical mistakes in developing U.S. foreign policy.

“If you don’t know where you are going, every road will get you nowhere.”

Perhaps, it will be the passage of time that will one day establish whether Kissinger, a dominant figure on the global landscape, traveled a correct and just road in American history.