Which President Was the Shortest?

Although a number of the U.S. presidents were under six feet tall, only one president was under 66 inches (five feet six inches) tall. The tallest president was Abraham Lincoln who stood at six foot four inches at the time of his death, and there is a full foot difference between him and the shortest president.

Examining the heights of the presidents also brings up another interesting discussion. Does height affect whether or not a candidate wins the election? While such a statement is difficult to actually prove, statistics do seem to imply that there is at least something worth noting about that idea. 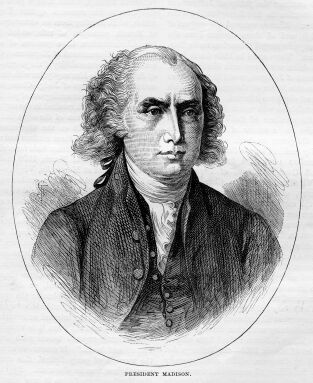 President James Madison was the shortest, standing at five feet and four inches tall (163 centimeters). Although he is known for being the shortest president, more importantly he is remembered as one of the Founding Fathers of the United States of America. He was the fourth president; therefore, he played an important role in the beginnings of the country.

Madison also spent time as a leader in the House of Representatives, and worked with George Washington to establish ideals for the new system of government.

In 1791, Madison joined forces with Thomas Jefferson to establish the Republican Party in opposition to the Federalist party. They strongly protested against ideas such as the Jay Treaty and the prospect of a national bank. Furthermore, he secretively worked with Jefferson to create the Kentucky and Virginia Resolutions in protest of the Alien and Sedition Acts. However, after his presidency, Madison started to reverse on some of his policies. He supported the establishment of a national bank, high tariffs, and a strong military.

One of the most well known events in the history of the United States was the Louisiana Purchase, which added so much new land to the country. Madison was a major overseer of that project. Madison also acted as a leader in the War of 1812 against Britain.

Presidents under five foot nine were:

Therefore, Madison was the shortest president ever by two inches.

These numbers are certainly not hard evidence of anything. Perhaps people consider physical stature when they vote, and want to elect someone who seems more powerful, or perhaps people are generally just drawn toward taller candidates. In fact, height may not have any effect at all on how people choose to vote, and the statistics may just simply be coincidence.