Which President Was in Office When the White House Was Set on Fire?

While the outside stone walls have stood for over two centuries, different presidents and first ladies have redecorated the inside over time. 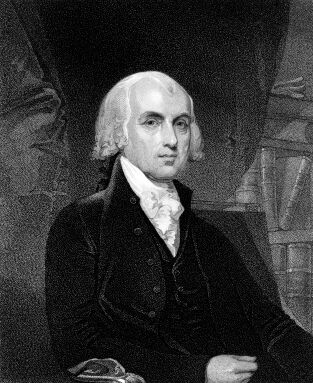 The fire caused by the British invasion of Washington, D.C, displaced President James Madison for the last two years of his administration during reconstruction. The second fire during Hoover’s administration a week after the Stock Market crash was only the beginning of trouble for the duration of Hoover’s presidency.

James Madison and the Fire During the War of 1812

James Madison was elected president in 1809 and remained in office until 1817. He contributed to the framing of the Virginia Constitution and the Bill of Rights. He served as one of the delegates to the Constitutional Convention in 1776. He was also one of the authors of the Federalist Papers, along with Alexander Hamilton and John Jay. James Madison was president during the War of 1812.

The War of 1812 is sometimes called the Second War of Independence since it was fought against the British. Several issues fueled the war that lasted from 1812 until 1815.

For these reasons, America declared war on Britain.

The Battle of Washington occurred on August 24, 1814. In retaliation for the Burning of York, present day Toronto, British troops descended on Washington, D.C. They burned only public houses, including the White House, Capitol Building, Treasury Building and Washington Navy Yard, but left private residences alone.

The fire caused extensive damage and weakening of the support structures. Most of the White House, except the external stone walls, had to be torn down and rebuilt. The rebuilding process took two years during which time James Monroe took office.

Herbert Hoover and the West Wing Fire of 1929

The fire in the West Wing of the White House isn’t nearly as dramatic as the fire of 1814. This fire was caused by faulty electric circuitry. Besides being only the second fire in the history of the White House, it is also notable for having happened on Christmas Eve, one week after the stock market crash.

The West Wing, at that time, was used for services that supported the White House, such as the laundry. This non-integral function meant that the President in office at the time, Herbert Hoover, had the damaged fixed through renovation, but did not make any real changes.