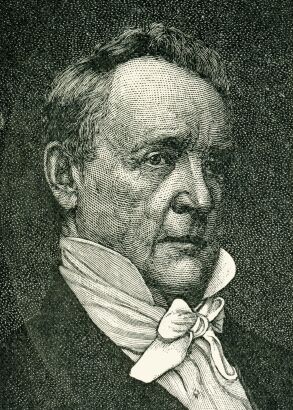 No one know for sure why Buchanan never married; however, there are possible causes including:

Some claim that Buchanan was a flirt and like the company of different women, making it difficult for him to maintain a steady relationship.

Another possible cause for his decision to remain a bachelor could have been a broken heart. It was said that Buchanan was engaged to Ann Caroline Coleman who was the daughter of a well to do iron businessman. Although he was engaged to this young women, he rarely spent time with her because he was too busy with his political aspirations and law firm to court Miss Coleman properly. There were speculations that Buchanan only proposed to Coleman because of her prestigious background and was courting other women while engaged to her.

When Coleman became aware through others that he may only be interested in her for status and money and his possible infidelity she confronted him, but he denied it.

Coleman broke off the engagement after discovering that Buchanan visited the wife of a friend. Later Coleman would die of an overdose of the substance laudanum. Upon hearing the news, Buchanan was said to be grief stricken and vowed never to marry because he only wanted to be with Coleman and no other woman would do.

There is speculation that President James Buchanan was homosexual, and this is the reason that he never married.

Prior to his presidency Buchanan lived for 15 years with William Rufus King the Senator of Alabama. The closeness of the relationship was regarded as unusual during those times and Andrew Jackson even referred to the two as “Miss Nancy” and “Aunt Fancy.”

The nieces of Buchanan and King burned all the letters that the two wrote each other, causing further speculation about Buchanan’s sexuality. Because Buchanan was single and chose not to marry, he had an adopted orphaned niece act as First Lady.

Background on the Unmarried President

There are several interesting facts about James Buchanan besides his martial status.

There were many people that were not particularly pleased with Buchanan as a president. In fact, the displeasure with the way in which he led the United States became such an issue that Buchanan had problems getting anything passed through Congress. It has even been noted that Buchanan vetoed a bill passed by Congress to create more colleges because he personally felt that, “there were already too many educated people.”