Which President Had the Most Children?

The president with the most children was President John Tyler, who served from 1841 to 1845. He had 15 children between the years 1815 and 1860. He had them with two different wives. Eight were with his first wife, Lettia Tyler, and the other seven were with his second wife, Julia Gardiner.

Some of the children became doctors, veterans of the Civil War, and powerful politicians. Other died at a young age, and some of them vanished into history virtually unknown. However, all of them were able to point to their father as one of the presidents of the United States. 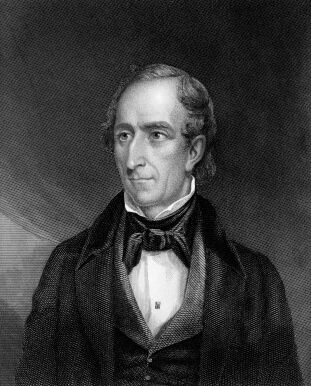 Robert Tyler, the second child of the president, was born in 1816 and became a successful lawyer and politician. Later in his life, he became the Alabama Democratic State Chairman, as well as the editor of the Montgomerey Advisor.

Another child who attempted to get into the field of politics, law, and writing was John. He did not really succeed at any of those professions; however, he is well known for defending his father's honor in a Richmond newspaper.

David Gardiner, the first of Julia's children, served in the Confederate Army during the Civil War. Afterwards, he became a lawyer and served in a number of positions in Congress.

Lachlan Tyler was also a doctor who became a surgeon in the United States Navy.

Another successful member of the Tyler family was Lyon Gardiner who was the president of William and Mary College for 31 years.

Born in 1821, Lettia Tyler Semple, took on the role of mother to her younger siblings after her mother suffered a stroke. However, once her father married Gardiner, the two women despised each other and continued to fight for the rest of their lives.

Another controversial figure in the Tyler family was Tazewell. He served in the Civil War, and became a doctor. However, he died of alcoholism at the age of 44.

Tyler's first child, Mary, was born in 1815, and remained relatively unknown for the majority of her life. In fact, she passed away in 1848, at the age of thirty three, and twelve years before the last of her siblings was born.

Mary's sister Anne Contesse was born in April of 1825 and died in July of 1825; however, the cause of her death is not currently known.

Another unlucky daughter of Tyler's was Alice Tyler Denison who passed away from colic at the age of 27.

John Alexander drank contaminated water in Mexico in 1883, and then died from dysentery as a result. Before that, he had a troubled past. He ran away from home when he was 14 years old and tried to join the Confederate Army, but was rejected because of his age.

Robert Fitzwalter, born in 1856, attempted to attend Georgetown College. However, he did not have enough money, and was forced to become a farmer.

The last of President John Tyler's children was Pearl Tyler Ellis. She was born on June 20, 1860. She went to Sacred Heart College, was married to William Mumford Ellis and lived near Roanoke for the majority of her life.

John Tyler had a very interesting role in the government during his time, as he was the first person to succeed to the office of president after a death. President William Harrison passed away on April 4, 1841, only a month after he had become president, and the country did not know how to respond or what to do. Eventually, they decided that it would make the most sense for Tyler to serve as president.

He was a very controversial president, and although he initially represented the Whig party, he turned against most of their political stances during the course of his career. By the end of his term as president, most of the Whigs resigned from his cabinet, and they did not want him to belong to their political party any longer. Despite the problems that he caused within the government, he will always be remembered for his annexation of the Republic of Texas in 1845.