Where Did Michelangelo Go to School?

Michelangelo is one of the most famous artists in the history of Italy. His work is considered by many to be the best Renaissance art ever created, and his sculptures and paintings (including David and the ceiling of the Sistine Chapel) attract the attention and command the awe of thousands of individuals each year.

Although Michelangelo was sent to school as a child, he was apparently disinterested in his schoolwork, having determined to become an artist the likes of which the world had never seen at a very early age. He was therefore schooled by some of the most famous artists of the time period in various venues throughout Italy. 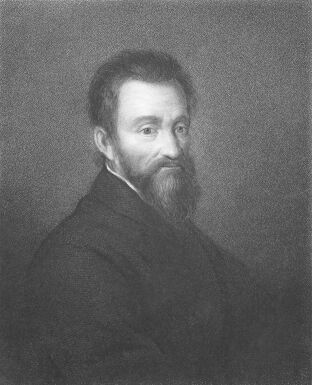 Where Michelangelo Went to School

The life of Michelangelo began in Caprese, Italy, a short distance from the city of Florence. Considered one of the most breathtaking cities in all the world, Florence has long been considered a historical, cultural, and artistic hub of Europe.

Perhaps because of the great beauty of Florence, his studies were of little interest to him. His father enrolled him in a grammar school with the famous Humanist teacher Francesco da Urbino, but Michelangelo was unimpressed with scholastics, and instead chose to spend his time among the great works of art and architecture throughout Florence.

As Michelangelo showed great promise as an artist early in his life, he was apprenticed at age 13 to one of Florence’s preeminent Renaissance artists. This man, Domenico Ghirlandaio, was famous for his works at cathedrals and chapels in Italy and his working with Michelangelo was considered a great honor.

When Michelangelo turned 14 years old, Ghirlandaio began paying him for his work as an apprentice, which was extremely unusual for apprenticeships at the time, demonstrating the great talent of the artist even as a teenager. Michelangelo’s schooling under famous artists, however, was far from complete.

In 1489, Ghirlandaio was asked by the ruler of Florence (Lorenzo dé Medici) to send him his best two students for continued study. Michelangelo was chosen as one of the students to attend school at Florence’s Humanist Academy, which met in dé Medici’s garden.

He would further hone his skills as a Renaissance artist. He spent his time at the academy studying under the medalist and sculptor Bertoldo di Giovanni, a student under Donatello, who would subsequently teach many of Italy’s famous Renaissance sculptors.

Michelangelo’s love for sculpture continued to grow, and so did the attention of the world to his work. Even at seventeen years of age, his sculpting prowess was widely revered. Competition among the artists at the academy was fierce—Pietro Torrigiano, another noted Italian sculptor, became so enraged with Michelangelo at one point that he struck him in the face. The prominent misshaping of the artist’s nose in all of his self-portraits is evidently the result of the hit.

Lorenzo dé Medici, the man who gave Michelangelo the tools and schooling to perfect his artistry, passed away in 1492. Michelangelo decided that it was time to return home to his family, but he continued studying on his own.

Although the practice was forbidden at the time by the church, Michelangelo got special permission to study anatomy and dissect the dead at a hospital in the church of Santo Spirito. He used his new knowledge of the human body to create some of his most famous works, including the Creation of Adam on the Sistine Chapel’s ceiling, which is shaped like the human brain.

With his formal schooling now completed, Michelangelo was free to take work wherever he wished. His demand as an artist grew, and he began creating some of the most famous works of his career.

Once he was finished in school, Michelangelo sculpted his famous statue of David, painted the ceiling of the Sistine Chapel, the sculptures in the Church of San Pietro, and he finished the architectural work on St. Peter’s Basilica in Rome.