When Did Martin Luther King Jr. Die? An Overview of His Death

Civil rights leader Martin Luther King, Jr. worked tirelessly to assure that people could enjoy the freedom of equality. Martin Luther King Jr.'s death is more than just a date on the calendar. It represents a point in American history when millions recognized that things had to change, capping over a decade of work and struggle by King. Discover when did Martin Luther King die, along with key facts about his life and assassination. 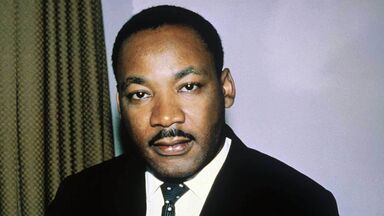 In What Year Did Martin Luther King Jr. Die?

The life of Dr. Martin Luther King, Jr. was not without difficulty; he was a unifying figure for some and a polarizing figure for others. Before his untimely death, the prominent civil rights leader was arrested and assaulted many times. His home was even bombed. His life was threatened numerous times before he was ultimately assassinated in 1968.

Dr. Martin Luther King, Jr. was assassinated on April 4, 1968. He was struck in the neck by a single bullet while standing on the second-floor balcony of room 306 at the Lorraine Motel in Memphis, Tennessee. The bullet struck him at 6:05 p.m., and he died an hour later.

Dr. King traveled to Memphis the day before he was killed in order to lend his support to the city's sanitation workers, who were on strike.

James Earl Ray was convicted of killing Dr. King. At the time Dr. King was shot, Ray was a convicted felon who had escaped from prison a year earlier. It is said that Ray dropped the Remington 760 Gamemaster rifle and a small personal radio which had his prison ID engraved upon it, making it possible for authorities to identify Ray as the assassin.

Was There a Larger Conspiracy?

Not everyone is convinced that Ray was behind the crime or acted alone. Some people believe that the death of Dr. King was a very well conducted government conspiracy, with James Earl Ray being the scapegoat who took the fall. Those that believe in the conspiracy theory claim that James Earl Ray, an escaped convict, did not have the resources to stalk and kill a very well-protected prominent civil rights leader without assistance from a more established outside source.

Dexter King, one of Dr. King’s sons, believed that there was government involvement in the death of Dr. King. He visited James Earl Ray while he was in prison to support the fact that he didn’t believe that Ray killed his father. Towards the end of Ray's life, members of the King family actually sought to have Ray retried, though that never came to pass.

In 1993, Lloyd Jowers, who owned an eatery in the same building where James Early Ray had rented a room on the day of the shooting, went on a TV news program and claimed that he was involved in a plot to assassinate Dr. King. This is in opposition to statements he made to police following the shooting, in which he did not claim to have any information about the shooting.

The United States Department of Justice investigated Jowers' claims. They concluded that the overall evidence indicates that his allegations were unfounded.

Though his days on Earth were done on that spring day, his work continued and lives on even now. Around the nation and around the world, people mourned his loss. Even though his life is over, the vision of Martin Luther King, Jr. continues to change the world. One man’s dream became the shared dream of a people seeking unity, building that unity one day and one person at a time. Discover more key facts about Martin Luther King, Jr. and his many accomplishments. The loss of his life was an appalling moment in American history, but the truth of his ideals of equal treatment and nonviolent protest continue to shape life in the United States and abroad. Explore other events that took place in 1968 to better understand this historic year.