What Was the Original Profession of the Author of Sherlock Holmes? 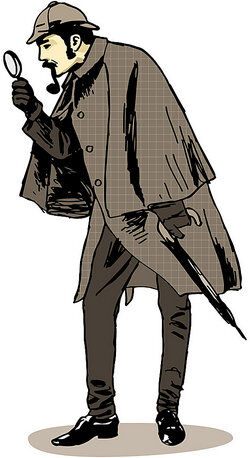 Life of a Doctor

Even though the character of Sherlock Holmes plays the starring role in Doyle's books, the tales are actually relayed from the perspective of Doctor John Watson. Indeed, Dr. Watson provides the first-person narration for nearly all of the Sherlock Holmes stories. This makes sense, given Doyle's background in medicine.

A Love for Writing

Doyle began writing short stories at university. His first piece was published was in 1879, "The Mystery of Sasassa Valley." While working in private practice, Doyle had few patients, so he returned to writing and created the Sherlock Holmes character for which he has become so famous. Holmes was inspired by Doyle's mentor at university, Dr. Joseph Bell. The first story involving the title character and Dr. Watson, titled A Study in Scarlet, was published in 1886. He wrote it in just three weeks.

Doyle attended boarding school in England until the age of 17, and it was there that his love for the written word first developed. He wrote letters to his mother every day. While he was in medical school, Arthur Conan Doyle met a number of authors who were also attending, including James Barrie (author of Peter Pan) and Robert Louis Stevenson (author of Treasure Island). This helped to inspire him and to develop his love of the written word even further.

These early experiences, as well as Arthur Conan Doyle's continued passion for writing over the course of his life, would later lead to his own writing career taking off and eclipsing his previous medical career. Today, he is best known as the creator of Sherlock Holmes.