How Did Charles Darwin Die?

How did Charles Darwin die? Examining the death of Darwin brings up some interesting observations. The famed naturalist, best known for his theories of evolution and natural selection, suffered a fatal heart attack on April 19, 1882, after having survived a series of heart attacks in the previous years. Throughout his life, he had also had problems with his stomach and often had bouts of nausea, both symptoms related to heart problems. 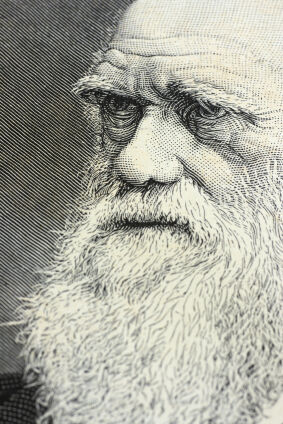 Although Darwin was diagnosed with heart disease and, it has long been assumed that he died from a heart attack, in recent years some physicians believe that Darwin was actually suffering from a tropical parasitic illness called Chagas disease. This cannot be proven, as the disease had not been identified in Darwin's time and he was not tested for it, but has been diagnosed based on his symptoms.

Chagas' disease is an illness spread by insects, particularly in South and Central America. It is believed that Darwin contracted the disease while he was doing research on plant and animal life on one of the islands.

Symptoms of the disease match up to the state that Darwin was in at the end of his life. These symptoms can take up to 20 years to manifest, so he very well might have been bitten by a bug while he was doing research when he was younger. It's also believed that he had multiple other diseases, possibly contracted on his travels around the world.

Symptoms of Chagas disease include:

Darwin died at his home, Down House, at the age of 73. Allegedly, the last words he spoke were to his wife Emma and they began with "I am not the least afraid to die." Some people have tried to cite this as evidence for his conversion to Christianity at the end of his life, but this theory has been vigorously denied by Darwin's family.

Although his family initially wanted him to be buried in the family burial grounds, he was actually one of only five non-royal individuals in the United Kingdom to have a state funeral. He was buried in Westminister Abbey with other renowned scientists such as Isaac Newton and John Herschel.