What Country Did Marco Polo Come From?

World famous explorer Marco Polo was born in the Republic of Venice in the modern-day country of Italy. As such, when people ask what country did Marco Polo come from, the simplest response is to name Italy. However, he spent many years away from Italy. His biggest contribution came from his writings about his travels, especially about the time he spent in what is now China. 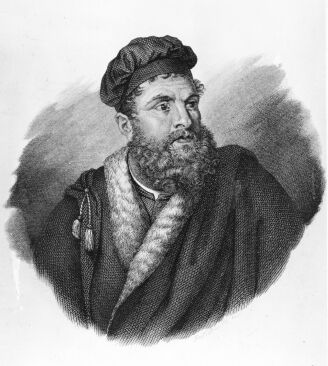 Marco Polo was a merchant, explorer, and writer. He was born around the year 1254 in Venice and died on January 8, 1324, also in Venice. Marco Polo was born into a wealthy family of Venetian merchants during a time when Venice was leading the world in foreign commerce. While there is no authoritative, objective account that details the specific of Marco Polo's travels over the course of his life, the general timeline of his life and travels are summarized below.

Marco Polo was among the first Europeans ever to visit many of the places where he traveled through the Middle East and Far East. The original journey with his father and uncle was only supposed to take a few years, so Polo certainly got to see a lot more of the world than he had originally expected. It was a life well-traveled indeed.