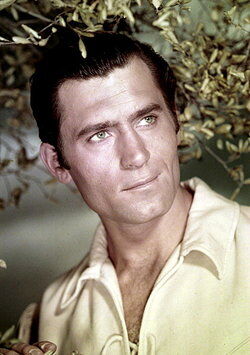 Clint Walker's first wife was Verna Garver, who he married in 1948, before his acting career began, and divorced in 1968. Clint and Verna had one child together, Valerie.

While the couple was living in Las Vegas (where Walker was a deputy sheriff providing security at the Sands Hotel) several actors, including Van Johnson, apparently suggested to Walker that he should try acting.

Clint Walker’s three marriages can attest to the fact that he was always popular among the ladies for his tall frame (he was 6 feet 6 inches) and sculpted physique.

Here are a few interesting things that happened in Walker’s life:

You can find more information about the actor on Clint Walker's fan site, which Walker ran himself with the help of his third wife, Susan.