Was Che Guevara a Hero?

Whether or not Che Guevara was a hero is an important debate and is a personal decision. You will have to weigh the facts from both sides, and also be keenly aware that two distinct positions exist. 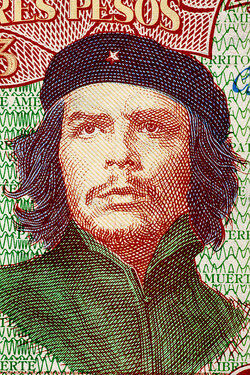 Some people believe Che Guevara, the Latin-American revolutionary, was a hero, others disagree and others remain neutral and simply absorb the information as opposed to taking a position on it.

Guevara As a Hero

The depiction of Guevara that most people are familiar with is the one from the book written by himself and the later film that was produced. That novel and movie are entitled Motorcycle Diaries. In both of these pieces, Guevara is painted as a hero with high ideals. He stands up against tyrannical nuns of the Catholic Church who refuse to feed people in their congregation. You might view this as Guevara being strong and standing against an unfair structure, or you might view this as an attempt to turn people against the Church early in the movie, thereby supporting Guevara later on. The best way to determine the position would be to consider and research whether the Church generally tends to act in this manner. You will find that they do not.

Guevara went to Cuba, and the movie shows that throughout his life he always showed respect for the indigenous peoples of whichever land he chose to venture to. Furthermore, in the eyes of the book and film, he considered himself a socialist and he became famous for playing a major role in overthrowing the past government of Cuba and instilling communism into the lives of the people there. Of course, these works take a positive view of communism as a political means brought to equalize people. Your own opinions of communism will certainly influence your view of this situation.

Guevara As a Villain

Those who reject the idea of Guevara as a hero will say that the concepts in the Motorcycle Diaries are highly dramatized. They will remind people that depicting the Catholic Church in such a light is merely a ploy to get people to agree with the point of the movie. Furthermore, they will cite other facts of Guevara's life that paint him in a totally different light.

Guevara might have been showing sympathy for the indigenous people, but he fought in wars in Cuba and Africa that ravished the areas and killed many, many people. Furthermore, he was the leader of the Cuban Revolution's first firing squad, making him even more intrinsically connected to the deaths of others. He said that his soldiers should follow the idea of:

"Hatred as an element of struggle; unbending hatred for the enemy, which pushes a human being beyond his natural limitations, making him into an effective, violent, selective, and cold-blooded killing machine. This is what our soldiers must become."

Additionally, he ruled over Cuba's labor camp system. This system was eventually used to imprison those who were homosexual, had AIDS, or were otherwise considered undesirable members of the community to the government.

Ultimately, it appears that Guevara can certainly be viewed as a villian, but perhaps you have other opinions and ideas.