What Did Ronald Reagan Accomplish?

Ronald Reagan led a rather interesting life—beginning in the Midwest, the highlights of Reagan’s career took place as a radio personality, a film actor, the 33rd governor of California and the 40th President of the United States of America. He had always shown a keen interest in politics, and in his younger years was a Democrat and greatly admired President Franklin Delano Roosevelt. However, in the 1950s popular politicians like Dwight Eisenhower and Richard Nixon influenced him and he switched parties, becoming a member of the Republican party. 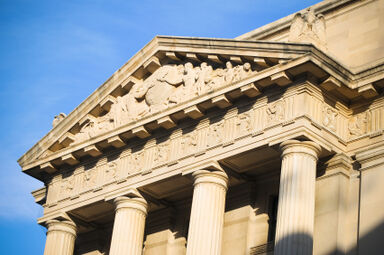 As governor of California, what did Ronald Reagan accomplish? An interesting turn from his early political years, he ran for the position on an anti-liberal platform in 1966. As the Democratic party and liberalism in the United States became more progressive, Reagan was among those who felt out of touch with the changing climate of leftist politics, stating that he didn’t “…leave the Democratic party, the Democratic party left [him].”

His specific goals were to change how welfare works for underprivileged Americans, saying he aimed to “send the welfare bums back to work.” He also sought to end the anti-war and anti-establishment movements forming at UC Berkley, a campaign which had garnered the attention of the national media. Reagan’s efforts paid off and he won his campaign.

His notable actions as governor include putting a freeze on governmental hiring and established raises in taxes in an effort to balance California’s budget. He also launched a bid in the Republican primaries for the upcoming Presidential race by promoting himself in an anti-Nixon campaign, hoping to split the votes between Nixon and Nelson Rockerfeller in his favor. This attempt was unsuccessful, however. Reagan continued his time as governor.

In 1969, he was very active in anti-radical politics and ordered the termination of the People’s Park protests in Berkeley, sending police forces to “crack down” upon the civil disobedience measures being practiced there. Reagan’s forces occupied the area for about two weeks. Following this he signed the Therapeutic Abortion Act, which was an effort to reduce dangerous abortions. However, he later came out as pro-life and denounced this move. He also attempted to make capital punishment in California legal, a measure he firmly supported.

After another unsuccessful run for President in 1976, Reagan tried again in 1980 to great success. His platform included a strong military, tax cuts and a smaller federal government. Reagan was elected President and the Republican party took the senate, but the house remained in control of the Democratic party.

Addressing government as “the problem” in his inaugural address, he sought to diminish the influence of the federal government in individual lives, favoring the state governments to more intimately legislate and regulate their populations.

Reagan was firmly on the side of business and had consistently favored policies that were tough on unions and workers. This came to a climax as federal air traffic controllers went on strike for better treatment, pay and a limit on hours in the work week. Reagan considered the strike dangerous and held a speech, threatening that any workers who didn’t report back for duty within 48 hours would lose their jobs. This resulted in job losses of over 11,000.

Finally, one of the measures that Reagan was particularly well-known for was his economic policies. Dubbed "Reaganomics," also known as "trickle-down" economics or supply-side economics, this theory states that if the richest Americans are afforded the most tax cuts, the money will be used in commerce and in effect will “trickle down” to the rest of American citizens.

Whether this method is valid and helps out less privileged Americans is still under debate, but Reagan’s use of this tactic was monumental and has influenced conservative politics since. Ronald Reagan stands as a fascinating figure of contemporary American history, and in many ways has defined the Republican party and conservatism seen today.

For a time perspective of the details of Ronald Reagan's Presidency, check out the Ronald Regan Presidency Timeline on YourDictionary.