What Is Queen Elizabeth's Last Name?

Had Queen Elizabeth been born just about a decade earlier, her last name might very well have been different. However, in 1917 due to tensions related to World War I, the family changed the name of the Royal House from the House of Saxe-Coburg-Gotha to the House of Windsor. 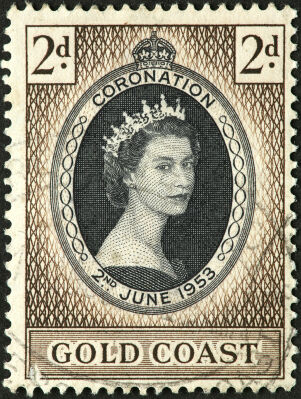 Queen Elizabeth's paternal grandfather's ancestry has been traced back to Germany. The ancestors such as Frederick and Dedo I belonged to the House of Wettin in the 900s. After they inherited the Wettin Castle, they took on the family name of Wettin. Wettin Castle was located near Wettin in Saxony, Germany.

On July 17, 1917, Queen Elizabeth's grandfather, King George V, announced that he and his family would become the House of Windsor and that Windsor would become the surname of his family. The reason for this movement was because England had major feelings of discontent against Germany due to World War I.

She married on November 20, 1947 to a man whose name was Lieutenant Philip Mountbatten. He had been born Prince Philip of Greece and Denmark; however, he renounced the titles and became a British subject when he married Queen Elizabeth.

Elizabeth, did not adopt the tradition of the non-royals by taking her husband's last name. In fact, on April 9, 1952, after her accession to the throne, she announced "that I and my children shall be styled and known as the house and family of Windsor, and that my descendants who marry and their descendants, shall bear the name of Windsor." This confirmed the Royal Family name of Windsor.

In 1960, at the request of The Queen and The Duke of Edinburgh, the Privy Council declared that the Queen's and Duke's direct descendants would remain part of the House of Windsor but they would carry the surname of Mountbatten-Windsor.