What Are Some Nelson Mandela Quick Facts?

You might know what Nelson Mandela stood for, but how much do you really know about this inspirational man? Discover key Nelson Mandela facts encompassing every stage of this great leader's life. 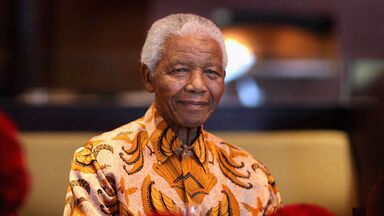 Learn a little about Nelson Mandela's family and childhood to better understand what kind of person he was.

Education and activism played a focal role in Mandela's life.

Nelson spent a large portion of his adult life in prison.

From Prison to South Africa's Presidency

Upon his release from prison, Mandela quickly rose to a leadership role in the African National Conference (ANC), then was elected to serve as president of South Africa.

There was a lot more to Mandala than his activism and political life.

A Great Leader Who Made a Difference

Nelson Mandela is an extremely important figure in history. He was a great leader who sacrificed a great deal for his convictions, ultimately making life better for his country and its people. Learn more about his life and contributions by reviewing more detailed information about Mandela. For inspiration, view a selection of Mandela's most moving quotes.