Mel Gibson has been the subject of both acclaim and criticism throughout the years. 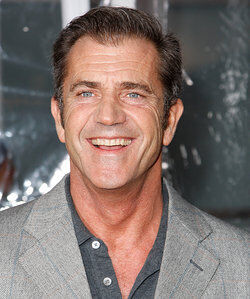 Mel Gibson was born on January 3, 1956, in Peekskill, New York to Anne Patricia and Hutton Gibson. He was raised in a large Irish Catholic family. In fact, he was the sixth of eleven children to be born to his parents. Gibson has avoided the spiritual wasteland component of Hollywood, and has remained a devout Catholic to this day.

During the earlier years of his life, he received an education by the Congregation of Christian Brothers at a Catholic college in New South Wales. In 2004, he directed the film The Passion of the Christ, which is a tribute and a testimony to both his religious upbringing and his current belief system.

Early on in his life, Gibson dove into the world of acting, as he studied at the Australian National Institute of Dramatic Art. He was known in Australia before he was really well known in the United States for his acting career. However, in 1984, he appeared in the Mark Rydell film entitled The River. After this performance, Gibson became very well accepted and received in the acting atmosphere.

He has starred in a laundry list of films; however, some of the most famous titles include:

Mel Gibson is not just an actor. He has had his fair share of time in both the producing and directing world, where he achieved particular acclaim and recognition for The Passion of the Christ starring Jim Cavaziel, in which the final hours of Jesus Christ's life are recounted according to the scriptures. As with any religiously or politically charged film, he received both great praise and great criticism.

Mel Gibson as a Controversial Figure

Examples of the controversy in his life include:

Whatever Gibson's motivation is for how he acts in his personal life, it does seem that he appears in the news quite frequently for his comments, remarks, and actions.

Gibson's biography also includes a relationship with Oksana Griogrieva. However, before that, he had been married to Robyn Denise Moore for 26 years. They were divorced in 2006. Together, the couple had six sons and one daughter. Gibson later had another daughter with Oksana Grigorieva.