How Did George Handel Die?

The exact answer to how George Handel died isn't completely known for sure, but there are some theories worth exploring further. 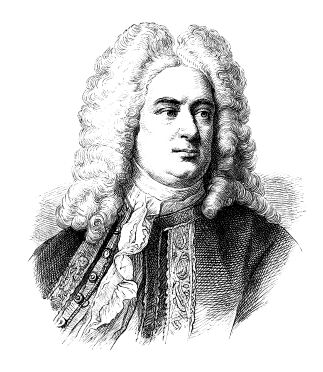 George Handel, a famous German composer from the Baroque era, died in 1759 at the age of 74 in London, England. While his last illness and possible cause of death aren't fully documented, some people believe his ultimate demise was due to a failed eye operation.

Handel had undergone an operation to remove a cataract eight years earlier in 1751. The operation was performed by the famous "Chevalier" John Taylor, whose skills as an eye surgeon were more than questionable. Today, while John Taylor is known as a British eye surgeon, he is perhaps known better as a notorious medical charlatan and self-promoter. It's possible that Taylor not only mishandled the eye surgery on George Handel, but also on such notable composers as Johann Sebastian Bach and hundreds of others too.

As a result of the eye surgery, Handel suffered inflammation of the eye. This led to his eventual blindness. What's more, some people theorize that the damage to his eye led to an infection, which may be the reason George Handel died. There is no real evidence to support this, however, nor is there any hard evidence to indicate that his death was due to anything other than old age, or some other typical illness. He is buried at Westminster Abbey.

Handel lived from 1685 to 1759. While he was born in Brandenburg-Prussia in the northeastern part of modern day Germany, George Handel spent most of his professional life in London, England. He is best known for his operas and concertos, particularly of the Baroque style. He was a peer of such famous composers and musicians as Bach (they were actually born the same year), Haydn, Mozart, and Beethoven. His work was heavily influenced by the Italian tradition of the time.

Handel performed music from an early age and began composing while he was still a boy. He continued to play through his university years and produced his first two operas in 1705. He eventually started three opera companies to supply Italian opera to the nobility of England.

By the time of his death in 1759, Handel’s canon included 42 operas, as well as countless other arias, trios and duets, cantatas, and more. His famous “Messiah” oratorio is his best known work. While his music fell into obscurity for some time following his death, he has been brought back into public notice and revived by music historians throughout the 19th century.

Interested in learning more? Check out these fascinating facts about Wolfgang Amadeus Mozart of Austria and Ludwig van Beethoven of Germany.