How Did Eva Gabor Die?

Well-known actress and society figure Eva Gabor was born in 1919 in Budapest, Hungary. She died of respiratory failure and pneumonia at the age of 76 in 1995. She had a full and interesting life before she passed away. 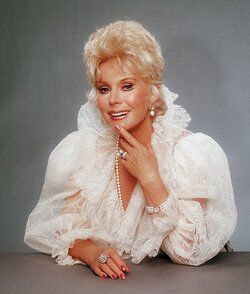 Portrait of Eva Gabor in 1990
Advertisement

If you're wondering about how Eva Gabor died, at least part of it may be attributed to old age. Her death took place following an accidental fall in a bathtub while on vacation in Mexico. She reportedly broke a hip from the fall.

During the subsequent extended hospitalization in a Los Angeles hospital starting on June 21, 1995, Eva Gabor started to experience breathing problems. She eventually succumbed to respiratory failure, pneumonia, and other infections, passing away on July 4, 1995.

Her mother Jolie Gabor and her eldest sister Magda Gabor died in 1997. Middle sister Zsa Zsa Gabor died in 2016, several years later at the age of 99.

Born in Hungary, Eva was the youngest of three Gabor sisters, all of whom made careers on-screen and in the society papers.

The first of her sisters to immigrate, Eva moved to the United States with her first husband, a Swedish osteopath named Dr. Eric Drimmer, shortly after their 1939 marriage.

There, Eva Gabor began to work her way up in show business with small movie roles and work on stage. She continued this throughout the 1950s, honing her skills and gaining a small following; but, she didn’t strike true gold until she landed the role of Lisa Douglas on the popular sitcom Green Acres in 1965.

The show ran from 1965 to 1971, gaining Eva great popularity and making her a household name. Her rich socialite character, forced to live on a farm with her enthusiastic farmer husband, was the perfect role for Eva and her socialite public persona. The show aired on CBS and took place in the same Hooterville as Petticoat Junction. This allowed for crossover opportunities.

Throughout the 1970s and 1980s, Eva Gabor continued her acting career, doing voiceovers for multiple Disney films even into her later years.These included such favorites as The Aristocats (where she voiced Duchess) and The Rescuers (where she voiced Miss Bianca).

She was also the head of a small business enterprise marketing products targeted at Gabor fans.

Interested to learn more about the final days of some of Hollywood's biggest stars? Some of these tales are almost beyond belief!

Investigate the controversy surrounding Bruce Lee's untimely death and how it could have been a big conspiracy. Or maybe you'd like to read up on Elvis Presley's death, or the legacy of Charlton Heston and the state of his health in his final years. There's a lot more to read here on YourDictionary!