How Did Jimi Hendrix Die?

The circumstances surrounding the death of the rock, blues, and jazz legend Jimi Hendrix remains rather mysterious, and how Hendrix passed away is still a matter of debate. 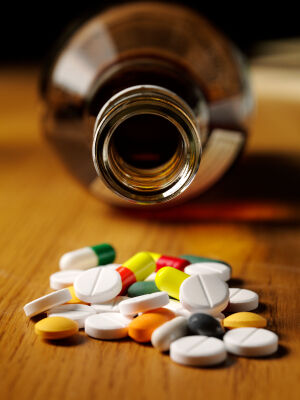 Some conspiracy theorists contend that Hendrix’s death was the result of a government conspiracy involving his then-girlfriend Monika Dannemann. Other more reasonable explanations include that Hendrix committed suicide, or that he simply asphyxiated after overdosing on barbiturates.

Jimi Hendrix was a tortured soul and a longtime recreational drug user in spite of his early death at the age of 27. Those who knew Jimi Hendrix have come up with dozens of explanations as to what happened the night of September 18, 1970. Accident, suicide, or murder—how did Jimi Hendrix die?

Although it may be impossible to know for sure, here are the circumstances, and some of the theories, surrounding the death of rock legend Jimi Hendrix.

After spending the night at a party with friends, Jimi Hendrix was met by his girlfriend, who planned to take him home. Monika Dannemann, a German figure skater and artist, had been dating Hendrix since they met following one of his concerts.

They arrived at her apartment in Notting Hill, where they spent the rest of the evening together. Hendrix had enjoyed quite a bit of red wine the night before his death, and in addition to what he had had to drink, the rock star took some of his girlfriend’s sleeping pills.

Vesperax was a brand with which Hendrix was apparently familiar, but he took far more than the prescribed dose that night—nine full tablets, nearly twenty times the amount that would normally be prescribed by a doctor.

The next day, his girlfriend woke up to buy a pack of cigarettes, and when she returned sometime around 10:00 am, she found him unresponsive and covered in vomit. Dannemann called an old friend of Hendrix’s, who told her to call an ambulance. Hendrix was found dead at the scene, and the autopsy concluded that he died of asphyxiation sometime shortly after midnight.

In spite of these official findings, others have expressed a belief that Hendrix’s death happened very differently. Dannemann’s story has often changed from telling to telling, but according to her, Hendrix was sleeping when she left for cigarettes. When she returned, she found him having difficulty breathing.

According to Dannemann, Hendrix was alive when he was placed into the back of the ambulance, and he died en route to the hospital. Various versions of this story seem to suggest that those in the ambulance did not properly attend to Hendrix.

Other versions of the story include that Hendrix was killed by Dannemann (apparently, a scarf was wrapped tightly around his neck when he was placed on the ambulance), and that his manager killed him because Hendrix sought to terminate his contract.

This latter theory is supported by the doctor who performed the autopsy, who believed the amount of wine found in Hendrix’s body would be impossible for one person to have consumed. Some think his death was a suicide due to a sad poem found written in his hand, and others believe in a government conspiracy to murder the voice of a disillusioned generation. Each of these reports has been refuted by a number of individuals.

It is impossible to say how did Jimi Hendrix died. While the asphyxiation theory reported by the authorities makes the most sense (and can be corroborated on multiple levels), many individuals feel that Hendrix’s death was more suspicious.

Perhaps the various theories as to how Hendrix died are an attempt to alleviate the sense of betrayal many felt when the rock star died far too young.

However Jimi Hendrix died, it does not change the fact that he was—and is—one of the most influential and revered individuals in the history of American music.