How Did Hitler Die?

Adolf Hitler was the leader of Germany for a little over a decade, and he is known as one of the cruelest dictators of the last century. Yet, how much do you know about the beginning and the end of Hitler's life? 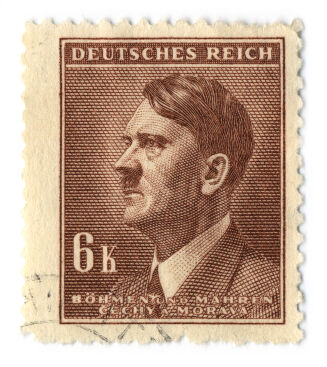 By 1945, it was clear that Germany would not win the war. On January 16, 1945, Hitler moved to Fuherbunker and attempted to lead the Nazis against the Allies who were advancing from both the east and the west. By April of 1945, the Soviets had entered Berlin and it was clear the war was almost over.

Some historians conjecture that Hitler had a nervous breakdown by April 22, and he admitted that Germany would lose the war in one of his military conferences. He asked his physician for an appropriate way to commit suicide, and his doctor suggested a dose of cyanide and a gunshot to the temple.

On April 29th, he married his mistress. He and his new wife spent less than forty hours together in the bunker. In the afternoon of April 30th, individuals heard a gunshot from the study. Hitler had shot himself, and it was assumed that his new wife poisoned herself.

Adolf Hitler was born on April 20, 1889. He was born at an inn in Austria-Hungary. He was the fourth child of Alois and Klara Hitler. When he was three, his family moved to Germany. Here, Hitler learned the dialect of Lower Bavarian.

During his childhood, Hitler helped the family in farming and beekeeping. He attended school in Fischlham. After finding a book among his father’s possessions about the Franco-Prussian War, Hitler became fixated on the topic of war. He read more and more books about the topic, and studied military texts.

In 1897, the family moved to Lambach and Hitler attended a Catholic school. On the walls of this school, there were several engravings of a swastika. When Hitler’s brother died in 1900, Hitler’s personality became more withdrawn. He became extremely sullen and detached. Additionally, Hitler did not get along well with his father, who was extremely authoritarian. His father died in 1903.

The military and German nationalism was an obsession for Hitler. His father served for the Austrian government, and Hitler saw his devotion to Germany as a way of rebelling against his father.

Hitler was kicked out of two schools after 1903, and after he was expelled from his second school, he never returned to formal education again. He was running out of money, and with the death of his mother, he no longer had additional support. In 1909, Hitler lived in a homeless shelter.

He moved out of the shelter in 1910 into a house for poor working men. He attempted to sell his paintings, but did not have much success. In 1913, he moved to Munich because he had received the final part of his father’s estate. When Germany entered World War I in August of 1914, Hitler requested to serve in a Bavarian regiment. It was allowed, and Hitler enlisted in the Bavarian army.

During World War I, Hitler truly became a passionate German patriot. He was obsessed with the experience of war, and thought it was the greatest of all experiences. He was shocked when Germany lost the war, and thought that Germany was stabbed in the back by its own citizens.

This obsession with who betrayed Germany helped fuel some of his anti-Semitic beliefs. By the end of World War I, the facets of Hitler’s personality that made him such a horrifying leader were almost fully formed. He was a passionate German patriot and believer in German superiority, a devout anti-Semite, and an individual obsessed with war and militarization. To learn more about his life and leadership, explore a timeline of how Hitler rose to power.