How Did Henry VIII Die? 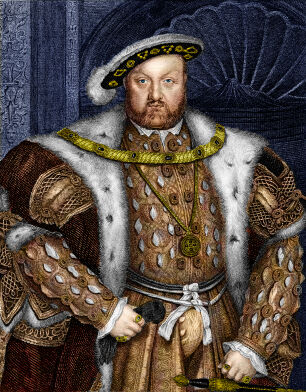 By the end of his life, Henry was obese. He had injured his leg in 1536, and this prevented him from exercising. The wound became ulcerated, and he died from natural causes in 1547.

Henry VIII was born in Greenwich Palace, and he was the third child of King Henry VII and Elizabeth of York. He was born in 1491. Some of his other siblings include Arthur, the Prince of Wales, Margaret, and Mary.

As a child, Henry was extensively tutored in a variety of subjects. He was an adept student, and he became fluent in several languages including Latin, French, and Spanish.

Since Henry was the second son in the family, it was assumed that his elder brother (Arthur) would become the next King of England. Henry assumed that he would enter the Church.

First in Line for the Throne

When Arthur was fifteen, he died. Thus, in 1502, Henry became next in line for the throne. Henry gained the title of the Prince of Wales. Henry’s father was eager to seek peace between Spain and England. He suggested that Henry marry Catherine of Aargon. Catherine of Aargon was the widow of Arthur.

However, the marriage to Catherine of Aargon was difficult, because it required a dispensation from the Pope. Catherine had to swear that their marriage had not been consummated for the Pope to allow Henry to marry her. Fourteen months after the death of Arthur, Catherine was engaged to Henry. On June 11, 1509, Henry married Catherine. About a week later, on June 24, 1509, Henry and Catherine were crowned the King and Queen of England.

Henry VIII was a harsh and unforgiving King. He viciously punished those who he believed were a threat to him and to the crown. Shortly after he was crowned the King, he arrested two ministers. Without any evidence, Henry charged them with high treason and the pair was executed in 1510.

Henry VIII also believed that education was important. Thus, he strived to have a court that rewarded scholars and artists. Henry himself played music, wrote poetry, and wrote stories. Henry composed the songs, “Pastime with Good Company” and “The Kynges Ballade.” He loved playing sports, and played tennis as well as jousting.

Henry VIII believed that a strong male ruler was required for the country of England. He was obsessed with having a son. He believed that:

Henry’s wife, Catherine, had difficulty producing a child. All of Catherine’s children died in infancy, with the exception of a daughter. By 1525, Henry was worried that Catherine may not be able to give him the son that he desired. Furthermore, another woman in his court, Anne Boleyn, had caught his eye.

The ensuing battle with the Pope to annul the marriage with Catherine, resulted in Henry declaring the Pope’s authority illegitimate.