How Did Bob Marley Die?

Bob Marley died from cancer in a Miami hospital on May 11, 1981. He helped popularize Jamaican music, from ska to reggae. 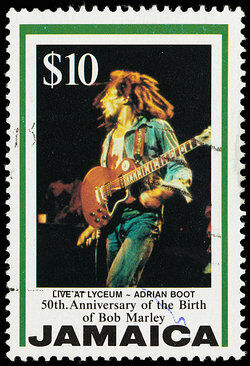 Bob was diagnosed with malignant melanoma in 1977, and continued working, releasing the album “Kaya”, which was on the charts in Britain for 56 weeks. He began to tour around the world, and performed in Zimbabwe in 1980 to celebrate the country's independence from the United Kingdom.

While jogging, Bob collapsed and in the examination, it was found that the cancer had spread to his brain, liver, and lungs.

He was awarded the Jamaican Order of Merit in February of 1981. He went to Germany to see a cancer specialist, and on his way to Jamaica, he stopped in Miami to receive emergency medical care. He died at the Cedars of Lebanon Hospital on May 11, 1981, at the age of 36.

Bob Marley has been called a visionary, a Third World superstar, and a revolutionary artist. He was all this and more, and brought Jamaican music to the world.

Ska is a type of music which originated in Jamaica in the late 1950s. It combines Jamaican folk music, calypso, American jazz, and rhythm and blues. It has a walking bass line with rhythms on the upbeat, rather than the downbeat.

Rocksteady came on the scene after ska, around 1966. It came from a dance style which was slower than ska dances. It has a more relaxed feel to it than ska, with the bass being more noticeable and the bass line has more discontinuity.

Reggae developed in the late 1960s, and is a very rhythmic style of music. The emphasis is on the second and fourth beats, giving it that characteristic lifting feel. Reggae is slower than ska but faster than rocksteady.

He was born Nesta Robert Marley on February 6th, 1945, in a small village in Jamaica. When he started going to school, he also began reading palms and telling the villagers their future. His father took him to live in Kingston, and a year later, his mother brought him back home.

He became friends with the son of his mother’s boyfriend Neville "Bunny" Livingston, and soon told her that he was now going to sing instead of reading palms.

In 1957, he and Bunny made guitars from sticks and cans, they sang, and wrote songs. He left school at 14 to be a welder’s apprentice.

In 1961, he began to focus on music, making a singing group called “The Teenagers” with Bunny and another friend, Peter McIntosh. Bob’s first singles were recorded in 1962, on the Beverley label:

In the next few years, there were more members added to the band, and soon the name was changed to The Wailing Rudeboys," then to "The Wailing Wailers," and finally, "The Wailers.” Their first single, “Simmer Down” rose to number one on Jamaica’s JBC Radio chart.

Bob married Rita Anderson in 1966, but moved the next day to Delaware where his mom lived and worked, returning home later in the year. He set up his own recording label and converted to the Rastafarian religion. He started dreading his hair and eating a natural diet according to his new religion.

In 1967 The Wailers recorded over 80 songs, and in 1971, they released “Soul Rebels” that was their first song to be released outside of Jamaica. The Wailers’ first album, “Catch a Fire” was released in 1973, as was their next album, “Burnin,’” which included the song “Get Up, Stand Up.” In 1974, The Wailers disbanded and Bob found other musicians to continue. He saw more hits in 1975, and in 1976, he relocated his family to England.