How Did Balto Die?

While many fictional dogs hold a special place in the hearts of fans, like Snoopy or Lassie, real life hero canines are perhaps even more deserving of reverence. And few are quite as well-known as Balto. The famous Siberian Husky sled dog Balto, who led the team to bring serum to stop a diphtheria epidemic, died in 1933, at 14 years of age. 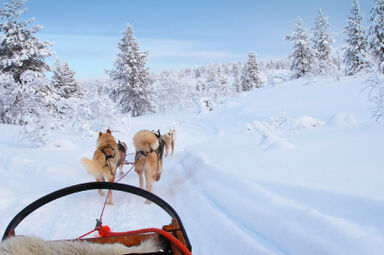 While you may be led to believe any number of possible theories surrounding the life and times of the famous Husky, the final days of Balto are decidedly more straightforward.

In the end, Balto simply died of old age at the Cleveland Zoo. After his death, his body was mounted and put on display in the Cleveland Museum of Natural History in Ohio. It is still on display there today.

If you visit Central Park in New York City, you'll also find a statue of Balto on display. Sculpted by American Frederick Roth, the statue was erected in Central Park in December 1925. Balto himself was even present for its unveiling. You can find the statue near the main path leading toward the Tisch Children's Zoo, not far from Central Park Zoo.

There is much more to know about Balto than just how he died.

Nearly a century after Balto's death, his legacy continues to live on. The famous sled dog’s life was captured in an animated film in 1995; with it, Balto’s immense fame as a loyal and heroic canine was sealed. Today, the “serum run” across Alaska is honored with the annual Iditarod Sled Dog Race.