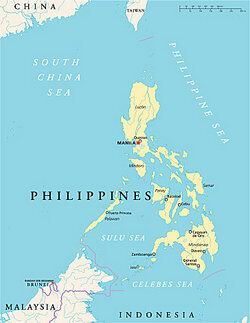 Gregorio was born in 1875 in the Philippines. He was the nephew of Marcelo H. del Pilar, who was a propagandist, and Toribio H. del Pilar, who had been exiled to Guam for participating in the 1872 Cavite Mutiny. The Cavite Mutiny was an unsuccessful mutiny at the Spanish arsenal Fort San Felipe. The participants hoped it would lead to a national uprising. In 1896, Gregorio turned 20 years old and received a Bachelor’s Degree from Ateneo de Manila University.

In 1896, the war began for Philippine independence from Spanish control. He joined the war efforts and distinguished himself as a field commander and was given the nickname “Boy General.” He was appointed leader of a section of the revolutionary forces in Nueva Ecija and Bulacan. He won against the Spanish forces in Bulacan and went on to assist the other troops who were battling at Manila.

During the Philippine American War, he won a battle against Major Franklin Bell. He and his troops stopped a cavalry charge, killing Colonel M. Stotsenburg. On December 2, 1889, he and 60 other revolutionaries fought in the Battle of Tirad Pass. There, he was wounded with a bullet to his neck, and died.

His body lay unburied for several days until an American officer, Lt. Dennis P. Quinlan, found it. Del Pilar was given a military burial and his tombstone said, “An Officer and a Gentleman."

The Philippine Revolution is also known as the Tagalog War. The war started in August 1896 with an unsuccessful attack on the capital city of Manila by the secret, secessionist organization named Katipunam. After the attack, the neighboring provinces revolted.

The Revolution was fought between the Spanish colonial authorities and the Philippine people. Even though there was a truce, the Pact of Biak-na-Bato, hostilities never ceased between the rebels and Spain. The rebels, led by Emilio Aguinaldo, took over almost all the Spanish held ground and Aguinaldo declared Philippine independence in June of 1898.

The First Philippine Republic was established and the Treaty of Paris was signed which ceded all Spanish territories in the Pacific to the United States, and soon after that, the Philippine American War began.

War was declared by the First Philippine Republic on June 2, 1899. Even though the war officially ended on July 4, 1902, hostilities continued until 1913.

In 1916, the United States granted autonomy to the Philippines with a promise of future self-government. Independence was granted in 1946.