Many people are interested in Errol McLeod because of the important contributions he has made throughout his lifetime as a labour leader of the oil workers of Trinidad and Tobago. The biography below begins at the start of his life and fills you in on some of the many things he has accomplished. 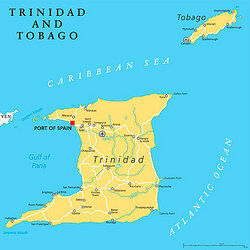 McLeod and the OWTU

Perhaps the most important and interesting part of the Errol McLeod biography is the accomplishments he had while with the OWTU; it is for these accomplishments and his contributions to labor unions that McLeod is remembered:

In the year 1980, McLeod had two additional achievements concerning the OWTU:

Rising Up the Ladder

In 1982, McLeod continued his rise up the ladder with the OWTU and he was bestowed several additional achievements in this year.

During the whole time period surrounding his rise within the union, he was also elected as representative of the Oropouche Constituency. This allowed him a seat within the House of Representatives. This honor was bestowed upon him in 1976.

During his time with the union, McLeod is best known for the improvements that he made in the lives of the union employees.

Throughout the years of his life he has become known to his people primarily because of his involvement in the advancement of social justice through his role in the OWTU. After his retirement from the OWTU he was named Minister of Labour and Micro Enterprises in Trinidad and Tobago in 2010.