Many people interested in Philippine history are looking for information about Emilio Jacinto. Jacinto played an important role in Philippine independence and he also had an interesting political life. 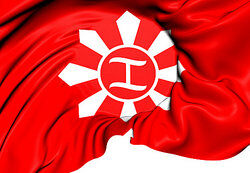 This biography of Emilio Jacinto begins with his early life:

Very little is known about Emilio’s early childhood up until the point that he went to college. However, it is known that by the time he went away to college, he could fluently speak both Spanish and Tagalog, the language of the Philippine people. However, he preferred to speak in Spanish a majority of the time.

Emilio attended the San Juan de Latran College when he first embarked on his college career. However, he later attended the University of San Tomas in order to study law. Emilio left college before completing his law degree.

Perhaps the most interesting part of a biography of Emilio Jacinto are the details about his political life and contributions:

Emilio Jacinto died on April 16, 1899 at the age of 24. The cause of his death at such a young age was malaria, which he had contracted while in Majayjay, Laguna. The remains of his body were transferred from this location to Manila where he was laid to rest in Manila North Cemetery. His name lives on in history for the Philippine people and he is known as the Brains of the Katipunan.