Many people are interested in Ninoy Aquino Jr, especially since the anniversary of his death was proclaimed a national holiday in the Phillippines in 2004. Ninoy Aquino accomplished many things in his life. He was one of the most vocal opposers to Ferdinand Marcos and his death ultimately led to his wife, Corazon Aquino, leading a 1986 "People Power" revolution. 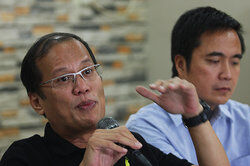 The real name of Ninoy Aquino Jr. was Benigno Simeon Aquino, Jr; but, he is widely known by his nickname Ninoy. Ninoy came from a family with a history of political involvement and his death helped to spur political change in the Philippines.

Ninoy, therefore, made an important contribution not just in life but also in his death.