Where Did Benjamin Franklin Go To School?

Surprisingly, although Benjamin Franklin was an accomplished scientist, statesman, philosopher and diplomat, he did not actually graduate from the finest institutions of higher learning. Benjamin Franklin's greatest education came not from any type of formal school but instead from his own life and experience. 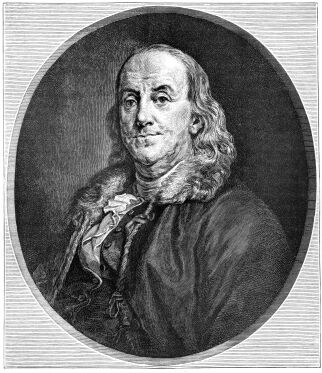 Here's what is known about Franklin's formal education.

Franklin's family sent Benjamin to the Boston Latin School at age eight. This public magnet school was founded in 1635 and still exists today. It was designed to provide education in the humanities to all boys regardless of their social class.

Benjamin excelled at Boston Latin School, transferring to George Brownell’s English School the following year. He remained there for another year, but as he stated in his autobiography, “Under him I acquired fair writing pretty soon, but I failed in the arithmetic, and made no progress in it. At ten years old I was taken home to assist my father in his business.”

This would be the end of Benjamin’s formal education at the age of ten.

The School of Life

While Benjamin Franklin may have left formal schooling, he never stopped educating himself. During his time assisting his father in candle- and soap-making, he read extensively. He taught himself about the humanities and sciences, and began to write. At age 12, Benjamin took an interest in the business of printing. He assumed an apprenticeship in the printing office of his brother James.

Further education came directly from Franklin's personal studies and communications with others. There is no additional evidence of any formal schooling after he left George Brownell’s English School in 1716.

Power of the Mind

It is perhaps ironic that Benjamin Franklin, recognized in his own time and by history as a brilliant statesman, scientist and writer, had minimal formal education. But his schooling was average, indeed above average, for his time. It is a testament to Benjamin Franklin’s intelligence and drive that he transcended his limited education to become a historically recognized mind.

For more about Benjamin Franklin, explore our collection of his famous quotes. To continue reading about Revolutionary history, try some important facts about Betsy Ross too. Did she actually create the first flag of the United States?