What Is the Astrology Chart for Albert Einstein?

Chances are that Albert Einstein did not believe in or care about astrology. If you put a lot of stake into astrology, you might want to see if his chart had anything to do with his intelligence. 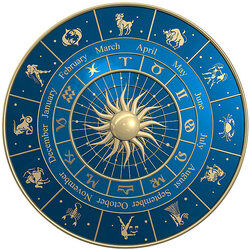 In terms of the elements, Einstein had strong fire and water, yet his air was weak. His scores come up as follows: fire 20, earth 7, air 2, water 20. Everyone has different numbers for those elements, and many people are lacking in one or the other. His chart suggests that:

Interestingly, his chart suggests that his emotions would overwhelm all aspects of his life and he would have difficulty looking at situations from a rational point of view. It seems to be the case that he disproved that assumption during his life.

Another statement that comes up from his chart is that he was not open to new ideas. However, it also states that he is better at learning by doing, as opposed to learning by studying. Einstein was a notoriously poor student when he was younger, yet look at what he went on to accomplish!

To research the astrological chart for signs of him being a genius requires a review of these factors that influence this area for him:

His profile says that:

When he works at a project though, he is supposed to really be able to visualize it and he has a wonderful imagination.

Tied in with the idea of ability comes along the sense of achievements. The astrological chart does not necessarily tell us what he is going to achieve, but rather provides a view of how a person with his astrological chart would go about reaching goals and desires.

His factors that are considered in this topic include:

According to his astrology chart, when Albert Einstein has a drive to do something, he really puts his sights on that goal. He does not meander around and he avoids unproductive activities or actions not related to the goal until he achieves what he wants. In other words, he is a hard worker who will do anything to put his ideas into reality.