Antonio Luna was a Filipino scientist and soldier who lived in the late 19th century. His name is recognized primarily as the hot-tempered general who fought against the United States in the Spanish-American War and was eventually assassinated by his own soldiers, but he was also widely recognized in the scientific community for his research of contagious diseases. His efforts to free the Philippines from American rule and his pharmaceutical and environmental science findings both left their mark on his country. 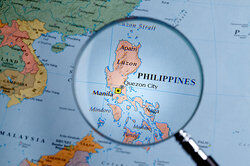 Understanding Luna's later life and accomplishments can be helped by learning about his early life and his education:

Growing Up and Moving Around

In 1886 Luna moved to Madrid, where he earned a Licentiate in Pharmacy. He went on to earn a Doctorate in Pharmacy in 1890, and his doctoral examiners said he did extremely well.

After being given a grant for research in 1894 from the Spanish government, Luna moved back to his home of Manila. The grant was to be used to study tropical and communicable diseases.

While juggling all his scientific research, Luna also opened a fencing club in Manila, and this is when his focus shifted.

Moving Up in the Military

Luna quickly rose up the military ranks and was made a general.

December of 1898 brought the Treaty of Paris, in which Spain turned control of the Philippines over to the United States. The battles that followed between the Philippine and American armies were horrific. Insubordination and confusion among Filipino troops eventually caused Luna to resign as general, though three weeks later he returned to the army.

On June 5, 1899, he was assassinated by physical force and stabbing by his own people - Filipino soldiers whom Luna had either insulted, arrested, or disarmed for insubordination. Antonio Luna is known as one of the greatest, if not the greatest, Filipino general.