How Did Alexander the Great Die?

There have been numerous second-hand diagnoses that have surrounded the actual cause of death of the Macedonian ruler most commonly referred to as Alexander the Great. Some theories even include death brought on by the actions of a friend and some include typhoid fever. 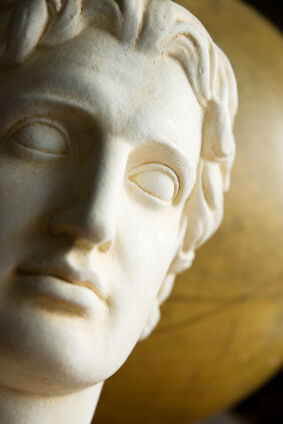 In the early May of 323, B.C., Alexander the Great suffered his demise at the age of 32 due to what proved to be a fatal illness. The illness had plagued him through the 10 to 11 days prior to his death, and its origins were slightly unclear.

His death was later concluded to be of natural causes. This conclusion was not arrived at through scientific proof, but instead through the lack thereof... meaning there were not enough telling signs of another cause that could lead to believing that there was foul play involved in Alexander the Great's death.

By the time of his death, Alexander’s reign had spanned over the course of almost fifteen years, and had reached from Macedonia all the way throughout Greece and through the expanse of Persia, finally coming to an end along the outer edges of India.

There are historical records that were kept, including diaries of Alexander’s whereabouts, that seem to shed light on plots to dethrone the young ruler, who was only in the 3rd decade of his short life at the time of his death.

It was recorded in these diaries that the same night Alexander began to mention that he had become ill with some form of fever, he had been to a number of different parties and feasts.

There was one common factor shared by all of these different events and their locations: the common mention among all of the activities of that evening was the presence of Alexander’s good friend and well-trusted companion Medius. This has led to the theory that one of Alexander’s closest companions had much to do with the demise of the young ruler.

Throughout the Royal Diary, all of the entries that explained the events that are said to have occurred the night Alexander began to feel ill noted the presence of Medius. In fact, it was recorded that it was Medius who had gone to the trouble of convincing Alexander to forego his own better judgment and join his companion in a night full of drinking and dining, after which Alexander began to note that he had fallen ill to a fever.

Thus, there are some who believe Medius had a hand in how Alexander the Great died; but, there's no proof.

Because of the fact that no one was able to discover the true cause of death, and because of the occurrences that were noted in the royal diaries, many different speculations, from betrayal to typhoid fever, have been noted as the possible reason Alexander the Great suffered such a seemingly untimely death.

All anyone really knows from historical records was that the world’s first conqueror, Alexander the Great, died at the age of 32 as a result of being struck by a fever, possibly malaria.