What Is Known About Adolf Hitler's Childhood?

Learning about Adolf Hitler's childhood may help to determine why he acted in such devastatingly cruel and horrible ways later in life. 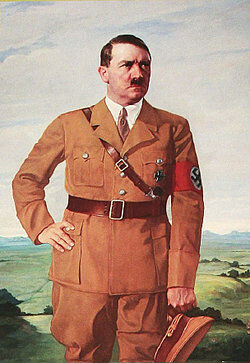 Interestingly, Adolf Hilter was born on Easter Sunday. However, he would not come to represent the beautiful ideals that Easter stands for. The date was April 20, 1889, and he arrived at 6:30 in the evening.

He was born to Alois and Klara Hitler. Adolf had five siblings, but only one lived past childhood:

Alois was an Austrian customs official and he was able to provide his family with a comfortable lifestyle; however, he and his son did not get along. Alois had a terrible temper and had a general bad attitude. He was obnoxious and conceited, and he often took his problems out on his children.

His wife was the complete opposite from him, but she had virtually no power in the household. Coupled with the fact that women did not have much power to begin with, she was dealing with an aggressive and dominating husband.

Between the ages of six and eight, Adolf attended two different schools based upon where his family was living. He was rewarded and praised by his teachers for constantly having high marks and for acting properly in class.

The family moved around frequently, thanks to Alois' job. However, they eventually settled in Linz when Adolf was nine years old. He frequently referred to Linz as his actual home throughout his life.

Once they moved to Linz, Adolf continued with elementary school. He quickly became the center of his group of friends and would often be the one leading them in games.

Once he was finished with primary school, his father enrolled him in the Realschule which focused more on matters such as science and technology than a traditional curriculum. He did not enjoy his time there and made it known throughout his life. Although he had received stellar marks when he was younger, he wound up having to repeat a semester at this new school. His grades were never stellar again and bounced back and forth between poor and average for the remainder of his days there.

When he was 16 years old in 1905, he was no longer required to attend school. Of course, he had the option to go on to receive a higher education; but, he decided that he was done with schooling forever.

Adolf Hitler's childhood losses could have played a role in his later personality and style. He suffered quite a number of losses before his death. As we mentioned, four of his five siblings did not live past their childhood, although the majority of them died before he was even born. At the age of 14, his father Alois passed away.

On December 21, 1907, one of the greatest losses that Hitler felt in his life was the death of his mother to breast cancer. To learn more about Hitler's life and his later leadership success, read a timeline of Hitler's rise to power.