What Were the Achievements of Sir Edmund Hillary?

Sir Edmund Hillary (July 20, 1919 - January 11, 2008) was one of the two men who first climbed Mount Everest all the way to the summit. He was also a member of the first expedition to cross Antarctica and reach the South Pole over land. Beyond these astounding achievements, Hillary also rendered aid to the Nepalese people, helping develop their society. 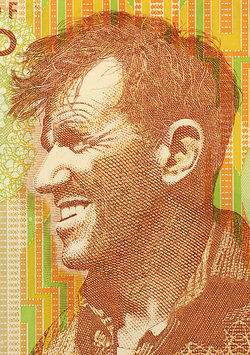 Sir Edmund Hillary: What He Achieved

Being the first man to reach the peak of Mount Everest is quite the accomplishment. Hillary was part of a two-man expedition that sought to reach the summit two days after another duo failed. Here are some of the details of their trek:

Edmund Hillary and the South Pole

Few people can say they’ve crossed through the South Pole. Approximately five years after the Everest expedition, Hillary moved on to challenging Antarctica.

Sir Edmund Hillary will forever be known as a humble and kind man. Neither the media attention nor being knighted by Queen Elizabeth distracted him from giving back to his favorite people: the Nepalese.

There’s no denying this new Zealander had a special place in his heart for the people of Nepal. He embraced the natural beauty of their country and worked hard to ensure the citizens were able to live their best lives. For a chronological perspective on the details of this humble and honorable man’s life, check out the Edmund Hillary Timeline on YourDictionary.