What Were Abraham Lincoln's Accomplishments?

Abraham Lincoln was a man who made great advancements in his life, particularly in the field of civil liberties. 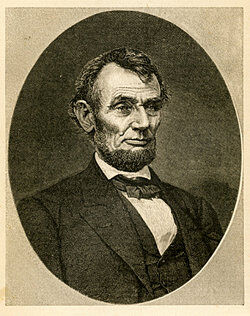 Lincoln and the Civil War

At the time of Lincoln's presidency, the country was divided into northern and southern regions—the northern states remained the United States, but the southern states had seceded from the union, declaring themselves the Confederate States of America.

War broke out, the Civil War, an incredibly violent and bloody war on the home turf of both countries. Lincoln led the United States to ultimately defeat the Confederacy, and following his famous Emancipation Proclamation, he enacted measures to abolish slavery.

The actions he took to achieve the goal to reunite the U.S. were some of Abraham Lincoln's greatest accomplishments.

Some people think that the Emancipation Proclamation set the slaves free as soon as it was issued. However, that was not the case. The war was still going on when it was first issued on January 1, 1863. What this document did accomplish, however, was it gave blacks the right to serve in both the Army and the Navy of the Union.

This was one of Lincoln's greatest accomplishments. The blacks were happy to finally have the right to serve their country and nearly 200,000 blacks joined the armed forces. Therefore, Lincoln gave them the right to fight for their own freedom.

Of course, it did state that slaves were to be freed. However, this rule did not apply in any of the Confederate states nor did it apply in the border states.

The Emancipation Proclamation did not end slavery. The states that it applied to were virtually slave free, since they were all members of the Union. It could not even be applied to the border states.

After the war, Lincoln continued to support legislation that would effectively and actually free the slaves. He was a great supporter of the 13th Amendment, which did wind up being the one to free the slaves.

Another event that Lincoln is very well known for is his presentation of the Gettysburg Address. Many people are familiar with the famous opening lines, "Four score and seven years ago..." This speech was an accomplishment for Lincoln because of what it spoke about at the time, but also for the impact that it has continued to have all the way up until today.

He spoke these words at the dedication of the Soldiers' National Cemetery in Gettysburg, Pennsylvania, on November 19, 1863. This event occurred four months after the Union army defeated the Confederate army at the Battle of Gettysburg. In the speech he spoke about:

Although this speech is so well known, the exact words have been disputed.

For a time perspective of the details of Abraham Lincoln's life, check out the Timeline for Abraham Lincoln on YourDictionary. You might also enjoy exploring some facts about the Lincoln Memorial. Then, get inspired with some honest quotes from Abraham Lincoln.