10 Elon Musk Inventions That Have Made History

Elon Musk is making waves in history. This billionaire has several successful inventions and innovations under his belt. Explore Elon Musk inventions that are revolutionizing the future. 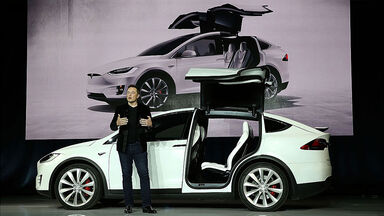 When you think of ingenious inventors, some names like Alexander Graham Bell, Henry Ford, Nicola Tesla, Albert Einstein, and Elon Musk come to mind. Since his birth in South Africa in 1971, Musk has provided a stream of famous inventions. Explore a few well-known Elon Musk inventions making a difference around the world.

Possibly one of Musk’s most famous inventions is the Tesla. Founded in 2003, Tesla is an electric vehicle designed for sustainability and reducing human dependency on oil. The core of the design is a cutting-edge battery and powertrain. Starting with the Model S sedan, Tesla has expanded their range of electric vehicles to SUVs and trucks.

Powering cars is one thing, but Musk created a battery system to store energy for homes and businesses. Known as the Powerpack or Powerwall, these unique energy storage systems work to efficiently and effectively store solar or wind energy until it’s needed.

In addition to making sustainable energy cars, Musk’s inventions have gone out of this world. The spaceflight company SpaceX created reusable rockets for flying cargo, the Falcon 9. The company even has a contract with NASA. Additionally, the company is working on human flights to the moon and Mars in the future.

Using services like Venmo and Paypal are second nature now. However, X.com (currently Paypal) revolutionalized the world by making financial services and payments available online. Musk co-founded X.com in 1999 before merging with Confinity and becoming Paypal.

One of his earlier internet inventions, Zip2, was an internet-based technology company that offered city guide software. Designed for newspapers, it created a searchable database. Musk wrote the code for the company to combine business listings with maps.

While Musk didn’t create solar panels, he did create SolarCity to provide modern, low-cost solar panels. While SolarCity has become part of the Tesla corporation, it works to make solar panels affordable for any household.

While these inventions are still in the trial phases, they are sure to make waves when they do hit the market. Dive into a few of Elon Musk's inventions that are sure to change the world in the years to come.

Brain implants for neurological conditions might seem like something of the future. However, Musk is working to create a wireless brain-computer interface to do just that. Neuralink, which was successfully implanted into a pig, creates a digital connection between your brain and a computer. In addition to mapping out your brain, this link could work to communicate with brain cells and improve neurological functioning.

To improve congestion in cities, Musk created The Boring Company (TBC). This company is working to develop a series of underground tunnels to transport people through large cities. TBC currently offers three different types of machines for tunneling under cities, which reduce the cost of creating underground tunnels.

Also part of the TBC, Musk is working to create a hyperloop system. The hyperloop is a vacuum-sealed tunnel for longer travel that has speeds over 600 mph. These hyperloop systems are designed to reduce travel congestion and be easier on the environment. In November 2020, the first passengers traveled in the Virgin Hyperloop.

While these are just some of Elon Musk’s inventions, he doesn’t appear to be stopping any time soon. In fact, he’s working on an electric jet. While this invention is just in the design phase, it’s definitely on the radar. Ready to learn about more famous inventors? Dive into the creations of Benjamin Franklin or check out some advanced inventions from Leonardo da Vinci.