Anyone interested in American history may be interested in a timeline for Abraham Lincoln. Abraham Lincoln was America’s 16th President, and the one most often credited with saving the United States of America during the Civil War because he chose to fight to keep the South as a part of the Union, rather than allowing the southern states to leave when they chose to secede from the rest of the U.S. in 1860. 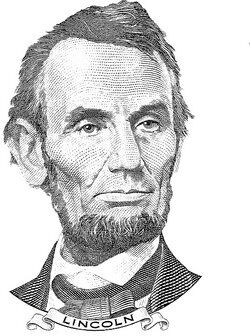 Abraham Lincoln’s life was full of hardship, setbacks and many disappointments. Looking at the timeline of his life, it is easy to see that his time as president could have been the high point of his life.

Early Life and Getting Into Politics

On February 12 Abraham Lincoln was born on Nolin Creek, in the southeast of Hardin County in Kentucky, in a small one room log cabin. His family was originally from Virginia, but moved to Kentucky before he was born. His father operated a farm that was known as “Sinking Spring.”

Abraham Lincoln's family moved to a new, 230 acre farm in an area known as Knob Creek, Kentucky, that is roughly ten miles away from the old farm of “Sinking Spring.”

Lincoln's parents gave birth to a brother, Thomas; but, Thomas died in infancy.

Lincoln began attending school, in a log-cabin school house and learned the basics of reading, writing and mathematics.

In the fall, Lincoln's father sold his lands and moved his family to the wilderness in Perry County, Indiana with his family. They lived in a 3-sided structure. Water had to be brought to the home site and they had to hunt for game.

Lincoln was kicked in the head by a horse and went into a coma for a period of time, but he did recover.

In the summer his mother died, leaving him without a mother at the age of nine. This had to have been a major blow to the young boy. He had to drop out of school as a result of his mother’s death to support his family.

In the winter Lincoln's father married Sarah Bush Johnson, a widow with three children from Kentucky.

Lincoln developed a positive relationship with his stepmother and her children, helping to ease some of the wounds that he felt from the death of his biological mother.

in 1932 he enlisted in the military to help to fight off Native American tribes in the Indian Wars.

He started a business with a partner; however, the partner died and left him with the failed business and a $1,100 debt.

In 1832 Lincoln was a candidate for the Illinois Legislature. He was a popular candidate even though he didn't have a formal education or much money. However, he lost the election, coming in eighth out of thirteen candidates.

In May 1833 he was appointed the New Salem, Illinois postmaster and worked as the Deputy County Surveyor.

The 24-year old Lincoln officially began the journey into politics that would ultimately lead him to become President.

He began to teach himself law.

In May the New Salem postal office closed and he was no longer needed as Postmaster.

In September Lincoln passed the bar exams and became a lawyer.

Lincoln moved to Springfield, the new capital of Illinois, and became a law partner of John Todd Stuart, the Whig leader of the county.

Lincoln was elected to the U.S. Congress and served a two-year term as a Whig.

In May Lincoln received the patent for the device he had invented to keep ships bouyant over shallow areas of water.

Lincoln ran for the U.S. Senate as a Whig, speaking out against slavery. He was not elected.

By mid summer Lincoln reentered politics and became identified with the new Republicans. He wanted to fight Stephen A Douglas' bill which would repeal the Missouri Compromise and would not support the wishes of the North to get rid of slavery.

At the Illinois state convention Lincoln took an active role in the Republican party and, in fact, became a leader of the new party.

At the Republican's first national convention in Philadelphia Lincoln received over 100 votes for vice president - not enough to win but certainly enough to position Lincoln as a national figure.

He was nominated by the Republican Party to run for Senator, running on a platform calling for the end of the expansion of slavery.

He campaigned against Stephen A. Douglas who believed in local control of issues and decisions such as slavery. He gained fame in the Lincoln-Douglas debates; but, he lost the Senate election.

Lincoln was nominated as the Republican Party candidate for President of the United States.

Lincoln defeated the Democratic Party which was split over the issue of slavery, winning with only 40% of the popular vote.

Shortly after his election as President of the United States, he faced South Carolina and several other states leaving the Union.

On January 1, Lincoln signed an executive order, the Emancipation Proclamation, that freed the slaves within the Confederacy.

He also signed a proclamation allowing ex-slaves to fight in the Confederate war effort.

Lincoln signed the Morrill Act which aided in the establishment of agricultural and technical colleges in each state.

In November 1863 Lincoln delivered his Gettysburg Address, one of the most quoted speeches in history.

He signed the Pacific Railroad Acts of 1862 and 1864, bills that chartered the first transcontinental railroad to be constructed from the San Francisco Bay to the end of the existing U.S. railroad at Council Bluffs, Iowa.

Lincoln signed the National Banking Acts of 1863 and 1864 which resulted in a standardized currency, a network of national banks and the establishment of the Comptroller of the Currency.

In April the Civil War ended with a Union victory.

In April Lincoln was assassinated.

You can find extensive details about Lincoln's life and accomplishments on YourDictionary.