When you think of this famous individual, you probably immediately focus your mind on the European discovery of the Americas; however, reviewing a Christopher Columbus timeline will remind you that there was more to this man's life. 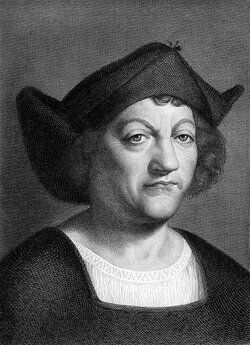 In October, Christopher Columbus is born in Genoa, Italy.

At the young age of 14, Columbus goes out into the seas for the very first time and began working on a ship.

At the age of 23, Columbus was hired as a sailor, went to the island of Khios and spent a year on the island. He returned to Italy financially independent.

Columbus begins a series of voyages over the next seven years which will wind up taking him to faraway lands such as Guinea and Iceland.

Columbus married Felipa Perestrello e Monis, who was the daughter of a wealthy Portuguese nobleman.

Columbus and Felipa have a son together named Diego.

Felipa passes away at an untimely age. Columbus starts to envision his trip to the Indies; however, he has difficulty finding financial backing for his expedition.

Columbus moved to Spain and went by the name Cristóbal Colón.

Columbus has another son named Fernando. Fernando's mother was Beatriz Enriquez de Arana, who was not married to Columbus.

On August 3, Columbus begins his journey to the Americas with three ships and about 100 men.

On August 10 he arrived at the Canary Islands and stopped for provisions and repairs.

On September 6 he left for the Indies.

On October 29, the expedition lands in Cuba.

On November 22, the Pinta captain decides that they will leave the expedition.

On December 5, Columbus arrives in Hispaniola and found a settlement which he called La Navidad.

On December 25, the Santa Maria sinks.

On January 15 Columbus and both ships depart for Spain, leaving 39 men in La Navidad. However, the two ships are separated in a storm.

On February 15 the Santa Maria island is seen.

On March 4th, the company arrived in Portugal.

On March 15 the company returned to Spain.

On November 3, Columbus went to the Greater Antilles and landed in Puerto Rico.

On November 22, he returned to La Navidad and found that his men who he had left there eleven months ago had been killed and the colony was destroyed; so, he started a new one called Isabela.

Columbus visited quite a few different areas during this year:

When he returned to Hispaniola in August of this year, he made himself Governor of the area.

War started between the Spaniards and the Taino during this year, and it lasted until 1495.

Columbus enslaved 560 people against the wishes of the King and Queen.

On June 8 he reached the coast of Portugal.

Columbus heads for the Canary Islands with six ships.

On June 19 he arrived in the Canary Islands and sent some ships to the Hispaniola Islands while he went for the Cape Verde Islands with others.

On July 31 he arrived in Trinidad.

On August 13 he arrived in Margarita.

On August 19 he returned back to Hispaniola to be their governor again. But due to his poor health he asked for help and Bobadilla was appointed.

In October Columbus was arrested by Bobadilla and sent back to Spain.

Columbus was jailed for six weeks in Spain before being released.

On June 15 Columbus landed in Martinique with four ships but continued on since a hurricane was predicted.

On June 29 he arrived at Santa Domingo but was not allowed to tie up his boats at the port.

On July 30, just over a month later, he arrived on the Mosquito Coast and went on to Honduras, Costa Rica, Nicaragua and Panama.

On January he announces the town of Garrison on Rio Belen.

On April 6 Garrison is attacked and destroyed by the natives.

On April 16, ten days after the attack, he decides to head back home.

On June 25 the ships sunk and became abandoned in Jamaica.

On June 29 Columbus and his crew were rescued from Jamaica.

On November 7 Columbus returned to Spain.

On May 20 he passed away from Reiter's Syndrome at the age of 55.

Columbus' likeness was placed on a U.S. postage stamp.

He made many voyages and had great accomplishments in his life. If he had not passed away, who knows how many more voyages he would have gone on?